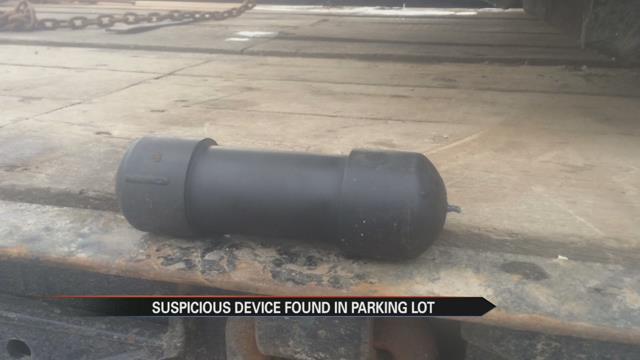 The Berrien County Sheriff's Department Bomb Squad was called to Rural King in Niles Friday morning after a suspicious device was located on a truck parked in the store's lot.

Boyce said the sheriff's department was called  to the S 11th Street store just after 7:40 a.m. by a group of local tree service workers who discovered the device taped on the back of their work truck.

"Once the officers arrived there, they seen what appeared to be a pipe bomb taped to a vehicle," Boyce said. "So they then activated the fire department, the Berrien County Sheriff's Department's bomb squad and the medical personnel, just to be safe."

The bomb squad soon arrived and safely removed the device. Soon after, it was discovered to be a fake.

"It was a PVC pipe, approximately eight inches long, capped on both ends and it had what appeared to be a fuse coming out of one of the ends," Boyce said.

Boyce is calling the incident an intentional hoax and he said it's still being investigated to figure out who might have done this and why.

"The detective bureau is following up with the tree service to see if they got any disgruntled employees, anybody that's recently had any issues with the company," Boyce said.

Business was back to normal at the farm and home store Friday afternoon, but Boyce said a hoax as elaborate as this is not common.

"Not very often at all," Boyce said. "They're far and few between."

Anyone with information about this incident is asked to contact the Berrien County Sheriff's Department.