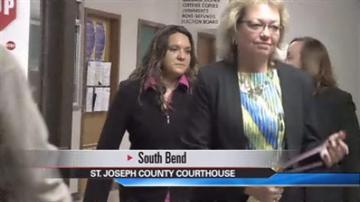 SOUTH BEND, Ind. -- A New Carlisle mother accused of child neglect, resulting in the death of her two young sons, is facing a second trial after her first trial ended with a hung jury.

Jacqueline Wilk's bond was reduced in court Thursday. She was charged with two counts of neglect after both her two and four-year-old sons died.

They were found locked in a hot trunk of her car two summers ago.

She will be re-tried on the same charges next month but Thursday her attorney asked the judge to reduce her bond.

"The practicality of the situation is that trials are very expensive. Jackie has no money she still is a student," said Charles Lahey, Wilk's Attorney.

Wilk says she found her boys in the trunk but she was not able to save them.