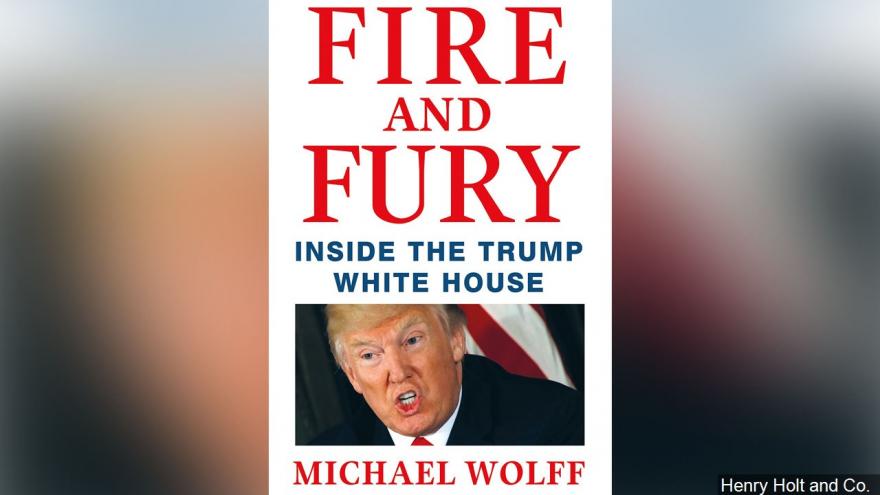 (CNN) -- President Donald Trump insisted that a 2016 meeting in Trump Tower was about adoption policy -- after knowledge of the confab became public -- even though it was likely that reporters had evidence it was set to obtain dirt on Hillary Clinton, a new book on his presidency says.

The book by Michael Wolff has come under fire by the White House, which has dismissed it as "complete fantasy," and quotes in the book attributed to former White House chief strategist Steve Bannon have led to Trump unloading on the former top aide.

CNN obtained a copy of the book, and in one section, Wolff writes that Trump insisted on an incorrect narrative of what happened in a June 2016 meeting at Trump Tower in New York that Donald Trump Jr., then-campaign chairman Paul Manafort and Trump's son-in-law, Jared Kushner, had with a Russian lawyer and several others.

Wolff writes, "The President insisted that the meeting in Trump Tower was purely and simply about Russian adoption policy. That's what was discussed, period. Period. Even though it was likely, if not certain, that the Times had the incriminating email chain -- in fact, it was quite possible that Jared and Ivanka and the lawyers knew the Times had this email chain -- the president ordered that no one should let on to the more problematic discussion about Hillary Clinton."

The New York Times reported on the meeting last year, and the initial statement from Trump Jr. was misleading, saying the meeting was simply about Russian adoption policy -- an issue tied to a US law hitting Russia. Shortly after the initial statement, the Times reported Trump Jr. was "promised damaging information about Hillary Clinton before agreeing to meet with a Kremlin-connected Russian lawyer."

Trump Jr. then issued a new statement saying the Russian lawyer had "no meaningful information."

After that, Trump Jr. published what he said was the entire email exchange that had led up to the meeting, which the Times had obtained prior to his publication. The exchange showed a publicist offered Trump Jr. potentially incriminating information on Clinton as "part of Russia and its government's support for Mr. Trump."

Jay Sekulow, one of President Trump's attorneys, said the President was not involved in drafting the statement.

But The Washington Post reported later last year that President Trump had dictated the initial misleading statement for his son while flying back to Washington from the G-20 summit in Hamburg, Germany, aboard Air Force One.

After that, White House press secretary Sarah Sanders said Trump "weighed in as any father would, based on the limited information that he had."