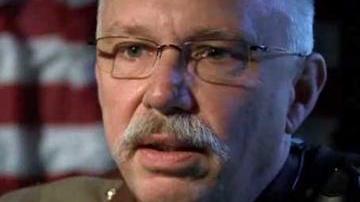 The relationship allegedly lasted three to four years. Local and federal authorities are involved in the investigation, including the Boone County – Hamilton County Drug Task Force and the FBI, according to a release from the Boone County Sheriff's Office.

He also released a statement about the investigation.

Certain allegations have recently arisen in regards to my conduct.  While I believe I have committed no illegal acts, I must apologize for serious errors of judgment in my personal life. I have thoughtlessly and deeply hurt my family, friends, co-workers and those who placed their trust in me.

I will make no excuses for my actions because there are no excuses. I also realize that some might believe that all my previous words about honor, duty and responsibility now seem hypocritical. While I completely understand those concerns, I would just say that I did, and still do, believe in those ideals even if I did not live up to them in my own personal life.

I will have no further statement on this matter and would ask for privacy as I work to regain the trust of my loving wife Shari and our family who has needlessly suffered because of my self-centered actions. I will also work to again be worthy of the trust that so many placed in me over the years.

For now I am preparing to submit my retirement paperwork forthwith. Chief Deputy Nielsen, whom also deserves a public apology because of my thoughtlessness, will serve as acting sheriff.

Chief Deputy Major Mike Nielsen worked with Campbell for 25 years. He also commented on the investigation:

Personally and professionally, I am deeply disappointed and extremely upset by this news. When I learned of the allegations a few days ago, I wanted to believe with all my heart that the allegations were false. I gathered facts and verified them with Sheriff Campbell. I then met with the county attorney and afterwards I asked Sheriff Campbell to resign from the Sheriff's Office. I believe that stepping down is not only what is best for the citizens of Boone County and the employees of the Sheriff's Office, but it is also the right thing to do.

Nielsen said he was unsure of any criminal charges or additional investigation into the sheriff's conduct.

Nielsen won the Republican nomination for sheriff in the recent primary because Campbell is term limited. Campbell was a staunch supporter of Nielsen's candidacy.