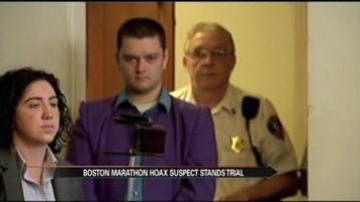 BOSTON -- A judge lowered bail for the man suspected of planting a hoax bomb on the first anniversary of the Boston Marathon bombings.

"Your honor, after reviewing the Bridgewater report, the report does indicate that the defendant is competent. The Commonwealth would ask that the case then move forward," said prosecutor Susan Terrey.

Prosecutors say Edson planted a fake bomb on a street in Boston on the first anniversary of the Boston Marathon bombings.

A probable cause hearing has been scheduled for June 3rd.