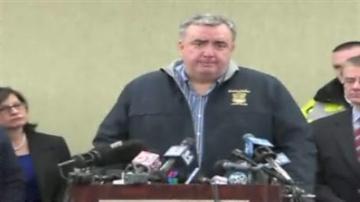 BOSTON -- According to a high ranking Boston government official, the Boston Police Commissioner is on President Obama's short list for the next Homeland Security Secretary.

Ed Davis received praise for the way he handled the Boston Marathon bombing and the search for the terrorists.

Former Boston Police Chief William Bratton is also believed to up for the job.