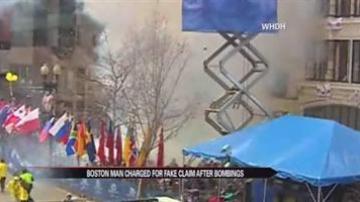 Police arrested Branden Mattier, 22, at his house during an undercover operation.

According to police, Mattier submitted a claim to the fund on behalf of his dead aunt. He claimed that his aunt lost both legs in the bombing.

Mattier is charged with attempt larceny and identity theft.

The April 15 bombing killed three people and injured more than 260 people. The One Fund Boston has collected money for victims of the bombing.