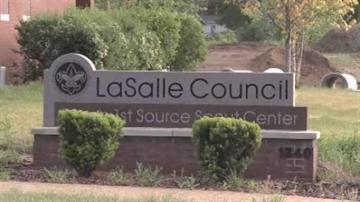 The Boy Scouts of America voted Thursday to lift the ban on openly gay members. Local residents say there’s no reason for discrimination, especially from an organization as large and historic as the Boy Scouts.

The resolution states no youth may be denied membership on the basis of sexual orientation.

More than 60-percent of the National Boy Scouts Council voted in favor of the resolution.

With gay marriage being legal in several states, the military getting rid of don't ask don't tell, many say this decision is icing on the cake, and one step closer to equality.

“I think it's a great sign, it shows that we are opening our hearts and minds to all people,” said Joel Barrett.

Aaron Kaser says he's thrilled about this decision because he understands the pain of having to suppress your feelings and hide who you really are.

“That's like saying, ‘Oh because I have this scar on my face right now I can't get accepted.’ When you're not accepted its becoming the scar inside of you that nobody even knows how to deal with,” said Kaser.

To those parents who may be considering taking their boys out of the organization, Barrett says it’s important to remember that we are all human beings.

“This doesn't mean that there have never been any gays in the Boy Scouts, it just means now they don't' have to hide it,” said Barrett.

The organization is continuing to hold its ban on gay scout leaders and the national council says they have no plans of reviewing that aspect of the issue.