Fire on Miami Street under investigation 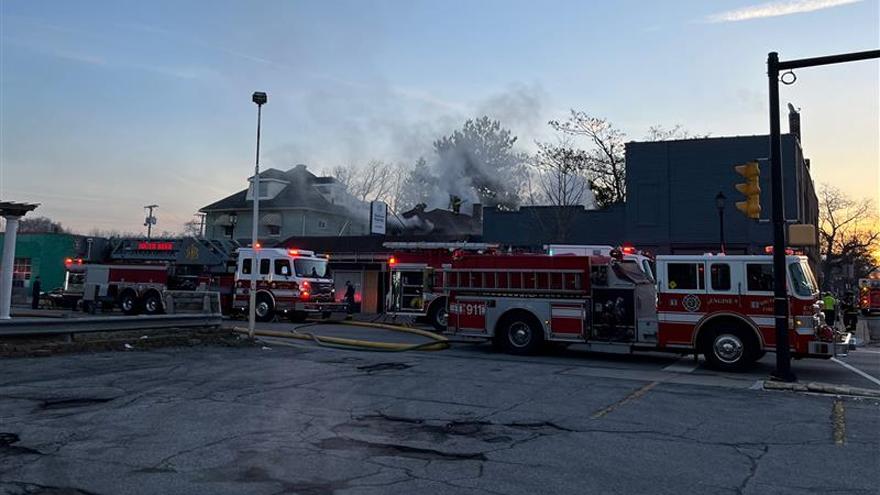 SOUTH BEND, Ind.,--A fire broke out around 7:30 a.m. Monday morning at a multi-unit building on the 1500 block of Miami Street.

South Bend Fire crews responded to the fire and controlled the situation within 40 minutes. The cause of the fire is under investigation.

Battalion Chief Bob Means did not believe there was any suspicious activity involved.

The crews were slowed down by a downed power line behind the structure. Crews from American Electric Power shut off the structure's electricity.

According to Means, no one was inside the building at the time of the fire.

Miami St. was blocked from Broadway St. to Indiana Ave. early Monday morning and has since reopened.