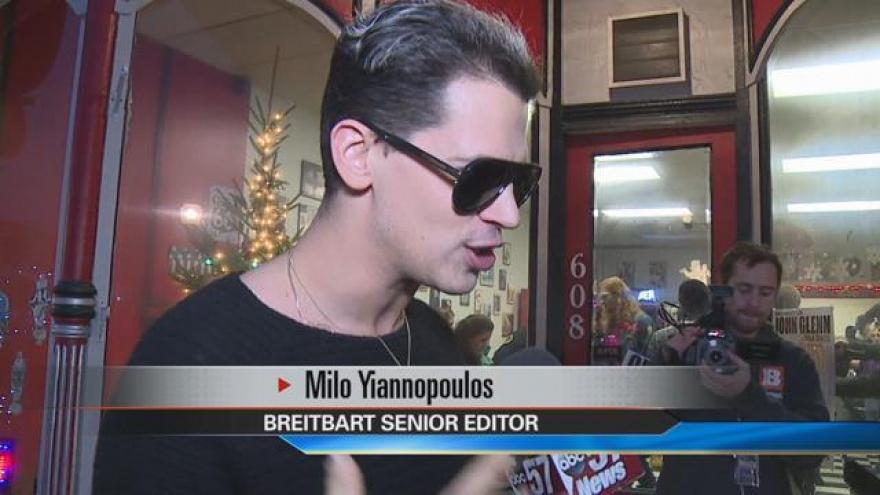 Yiannopoulos says he wanted to publicly “apologize on behalf of the normal gays” for how the owners were treated following the comments they made in our March 2015 story about the Religious Freedom Restoration Act.

Yiannopoulos is currently on tour speaking to colleges around the country and was at Michigan State University on Wednesday.

About two dozen of his supporters came to meet Yiannopoulous. It was live streamed on Breitbart's website.

“I want people to realize that not all gays are awful because I can well imagine the sort of vindictiveness and meanness and spitefulness of the gay press and the left wing press gives people in towns like this the impression that all gay people are like that. My experience of real America, if you’d like, has been characterized by love, and compassion and decency and kindness and it isn’t the America you see in the media,” said Yiannopoulos.