Brian Kelly speaks about Notre Dame's struggles on the field 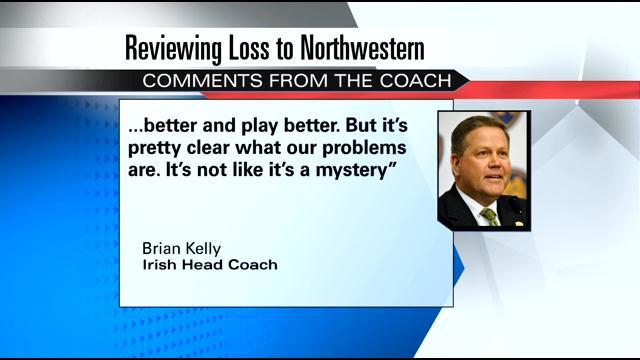 Notre Dame's game against the Northwestern Wildcats on Saturday did not go how the Fighting Irish planned.

The 43-40 overtime loss landed Notre Dame outside of the AP and Coach's top 25 ranking polls for the first time in the 2014 season.

Head Coach Brian Kelly held his weekly teleconference on Sunday, and was asked about his message for his team this week.

"Everybody has the same feelings. We're giving ball games away, and that obviously is why we're ending up on the wrong side of the win/loss column. What I like is that everybody is accountable, coaches and players alike. We all have to understand that we've got to coach better and play better, but it's pretty clear what our problems are. It's not like it's a mystery," said Kelly.

The Fighting Irish are preparing to host the Louisville Cardinals on Saturday.