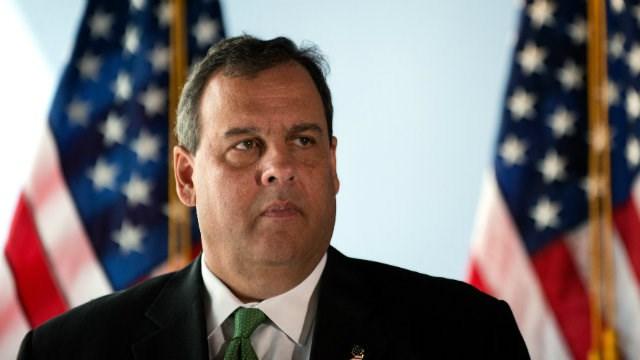 For days in September 2013, lane closures on the George Washington Bridge snarled traffic in Fort Lee, New Jersey, just across the river from Manhattan.

Kelly testified Friday that she told Christie at a meeting nearly a month earlier about a traffic study and the effect it would have on the small town.

She said Christie signed off on the study, which she said was billed to her as a study about ways to speed up traffic across the bridge.

Christie has denied all involvement from the onset and isn't facing charges. But he hasn't escaped scrutiny from the controversy that has overshadowed his final term as governor.

The trial marks a low point for the man who, after an unsuccessful run for president, has become one of Republican nominee Donald Trump's closest allies in this election.

The downfall of a star

The case has exposed not only the workings of the Port Authority, a multi-billion-dollar, bi-state agency, but also the way business was done in the administration of the onetime Republican star.

One month before the September 2013 lane closures at the George Washington Bridge, Christie's reelection campaign was in full swing, but Fort Lee's mayor refused to back him. At the time, Kelly sent David Wildstein, a former Port Authority executive and political ally of the governor, a now-infamous email:

"Time for some traffic problems in Fort Lee," she wrote.

"Got it," Wildstein replied.

Kelly testified in federal court that she told Christie about the lane closures and potential traffic problems one day before sending that email.

The governor, she said, asked her what the administration's relationship was with Fort Lee Mayor Mark Sokolich.

In a statement released after Friday's court proceedings, Christie's spokesman said the governor never knew about the bridge plans.

"As the governor has said since January 9, 2014, the governor had no knowledge prior to or during these lane realignments, and he had no role in authorizing them. Anything said to the contrary is simply untrue," spokesman Brian Murray wrote.

Wildstein testified that ex-Port Authority executives and Christie staffers planned to make the traffic from lane closures "as bad as possible."

The August 13 messages are evidence that the closures were an act of political vengeance, according to federal prosecutors. But Kelly had previously chalked up her correspondence with Wildstein to "sarcasm and humor."

Kelly testified that she used the phrase "traffic problems" because she often heard it used by Wildstein.

When Kelly's lead attorney Michael Critchley asked if the words were coded language for the mayor's punishment, she said, "Absolutely not."

Kelly at one point testified about her boss' temper, saying that Christie -- upset about an idea she had proposed -- once hurled a water bottle that struck her in the arm.

Kelly and former Port Authority deputy executive director Bill Baroni are charged with nine criminal counts including conspiracy and fraud in connection with the closures. If found guilty, they could both face time in prison.

"Bridgegate is characteristic Jersey skullduggery," Ross Baker, a political science professor at Rutgers University, said via email. "It's the knee-capper rather than the stiletto: crude, blunt messaging that lacks subtlety. It's more Mussolini than Machiavelli."

Christie has been dragged through the mud -- if not in a court facing a trial before his peers, then in the court of public opinion.

"I personally don't care what happens to Christie," says Debbie Minuto, who owns a bagel shop in Fort Lee. "He could do whatever. He's nonexistent. The news comes on. I shut it off."

Minuto said she's so disenchanted with American politics in general that on the night of the last presidential debate she watched an episode of the British children's cartoon "Peppa Pig" with her grandchildren.

Jose Perez, part owner of The Cigar Room on Main Street -- ground zero of the Bridgegate scandal -- said his customers don't even mention the trial.

"Chris Christie is done," he said. "I know some judge or something ordered something from Christie, but I'm not even sure what it is."

Ben Dworkin, a political science professor at Rider University, said it's not clear whether Christie can recover politically.

"Bridgegate started a downward trajectory for the governor that has effectively meant his second term has largely been lost," he said.

"This tars him even if he's not at trial himself."