Bridgman police to get body cameras 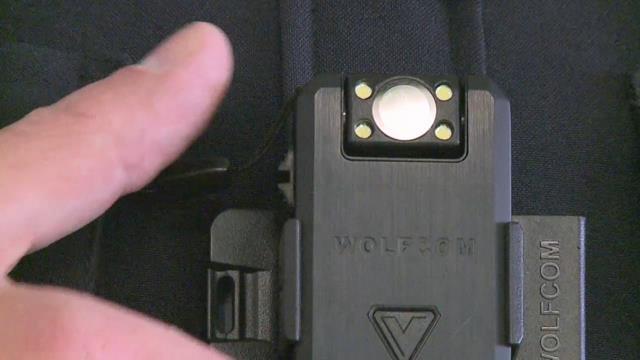 With more attention on law enforcement and how they handle their authority, greater steps are being taken to hold them accountable. It is no exception here locally, where the police force of Bridgman is taking greater steps toward transparency.

Bridgman police now have six body cameras they are ready to roll out. Each can record up to 8 and a half hours of video.

It's as simple as a push of a button. The cameras also have GPS capability. That way officers can keep records of their location. This could come in handy during a car chase where a suspect may throw something out the window. The officer can mark where it happened with the press of a button and return to the spot later. Officers believe these cameras will help avoid situations from escalating.

"It's just can dispel any types of false allegations on officers," said officer Tom Lavanway. "It creates a higher level of accountability for officers and the people we come into contact with."

Because of community support, the department hasn't had to spend a single dollar of their budget on the new body cameras. All have been paid for by business owners and Bridgman residents.

""The community rallied and within eight days we had enough money to buy six cameras when we were originally just going to get five," said Lavanway. "So it worked out really well."

It's pretty remarkable, especially when you consider the cost of each body camera is about $730 dollars. Bridgman police say it shows the value that the community sees in having these tools in the field.

The only thing holding them back from use is the software. Bridgman police are trying to work out the kinks, trying to make sure everything is operational before being utilized. The department says that you could see them as early as next week. They are hoping to have them out by the end of June at the latest.