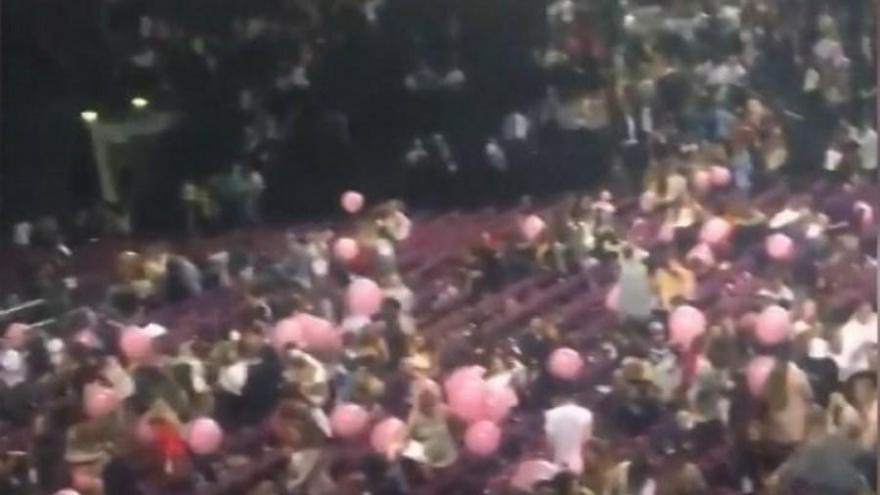 (CNN) -- Police in Manchester, England, were warning people to stay away from Manchester Arena after reports of two loud explosions during an Ariana Grande concert Monday night.

Greater Manchester Police tweeted that emergency services were "responding to serious incident at Manchester Arena. Avoid the area. More details will follow as soon as available."

There were no immediate reports of injuries.

British Transport Police told CNN it was in the process of closing some transport in the area.