British police warn of 'damage' to investigation from leaks 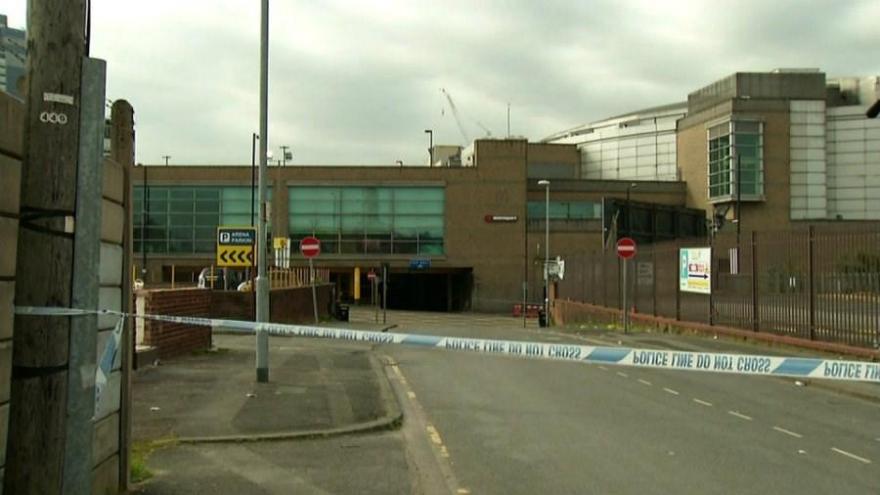 LONDON (CNN) -- Britain's National Police Chiefs' Council warned Wednesday that leaks of potential evidence "undermines our investigations" -- in a statement that came shortly after the publication of photographs purportedly showing remnants of the bomb used to kill 22 people at a Manchester concert.

The New York Times posted photos that show what it reported could be the detonator, a battery, nuts and screws for shrapnel, and fragments of a backpack used in the terror attack Monday.

A Greater Manchester Police spokeswoman issued a very firm "no comment" to CNN on the photo publication. The Times, without specifying the source, said British authorities provided access to photos of materials found at the scene.

Authorities value the trusted relationships they have with partners around the world, a spokesperson for the National Counter Terrorism Security Office said.

"When that trust is breached it undermines these relationships, and undermines our investigations and the confidence of victims, witnesses and their families," the spokesperson said. "This damage is even greater when it involves unauthorized disclosure of potential evidence in the middle of a major counter terrorism investigation."

The stern statement came the same day UK Home Secretary Amber Rudd slammed US leaks on the investigation into the Manchester attack as "irritating" and said she had made it clear that it "should not happen again."

A string of details about the deadly attack at an Ariana Grande concert at Manchester Arena have emerged from US law enforcement sources before being released by British police or officials.

"The British police have been very clear that they want to control the flow of information in order to protect operational integrity, the element of surprise," Rudd told BBC Radio 4's "Today" program. "So it is irritating if it gets released from other sources, and I have been very clear with our friends that that should not happen again."

Asked whether the leaks from US officials had compromised the ongoing investigation, Rudd said she "wouldn't go that far."

But, she added, "I can say that they are perfectly clear about the situation and that it shouldn't happen again."

The UK terror threat level has been raised to critical for the first time in over a decade in the wake of the bombing -- meaning more attacks may be imminent -- as investigators seek to track down any associates of the suspect, named as 22-year-old Salman Abedi.

Rudd earlier told Sky News that she expects the critical threat level to be temporary. She also said the bomber was known "up to a point" by the intelligence services.

Abedi is believed to have died in the powerful blast, though he has not yet been formally identified by the coroner, Manchester police said.

The United States is one of Britain's key intelligence partners. Both countries share sensitive information as part of the "Five Eyes" alliance, which also includes Canada, Australia and New Zealand.

Details were quick to emerge from the US in the immediate aftermath of the bombing. For example, US officials told CNN that the attack appeared to be a suicide bombing and that a male at the scene had been identified as the probable suicide bomber.

The US government has come under scrutiny over its handling of foreign intelligence in recent days following reports that US President Donald Trump shared top secret information originating from Israel during a White House meeting with senior Russian officials.

Price of dealing with US

Shashank Joshi, a senior research fellow at the London-based Royal United Services Institute think tank, told CNN the leaks of information from the US side seemed to be more frustrating than catastrophic to the Manchester investigation.

"A lot of the information that leaked overnight Monday was fairly mundane, about casualty figures and the method of attack, but the leaking of the suspect's name was more disruptive because it might have tipped off other suspects," he said.

Keeping the suspect's name quiet for longer might have given the police more time to chase up other leads that would otherwise have shut down, he said.

"It's partly a function of modern counter-terrorism that places a premium on rapid sharing of information across borders in fast-moving investigations," Joshi said. "That has its advantages, such as being able to piece together bits of information from different countries in a way you wouldn't have been able to do 25 years ago. And it has disadvantages, like exposing your own information to more places where it can leak."

Joshi noted that the Manchester information seemed to have come from US law enforcement, rather than security agencies.

It's not the first time the US has faced criticism for leaking information on a UK terror investigation, Joshi said, citing the naming of the Kuwaiti-born Londoner Mohammed Emwazi, a ISIS fighter also known as "Jihadi John."

Part of the issue is the sheer size of the US national security bureaucracy, which means there are more points from which information can leak, he said.

"That is the price, in a way, of dealing with world's most capable national security operation," he said, adding that the US is "by far and away" the most significant intelligence partner for Britain.

Stern words will likely be directed to the US side, he said, but "on balance, it's probably not going to change intelligence-sharing arrangements all that much."