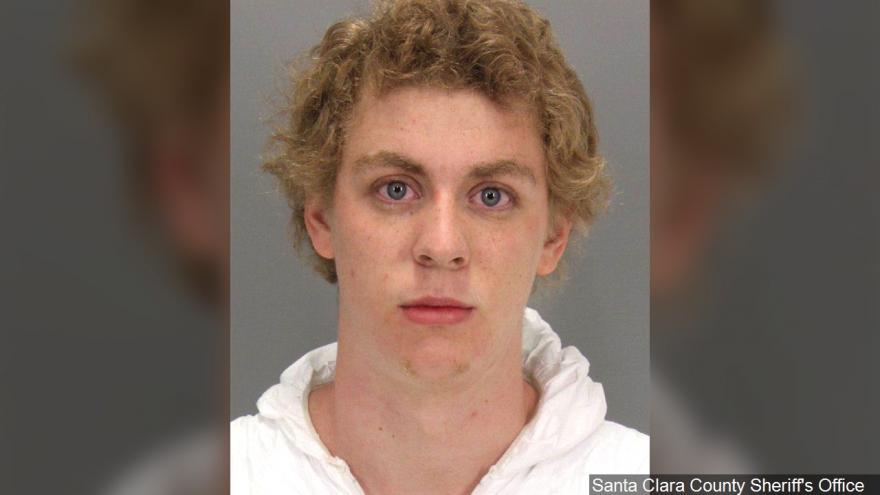 (CNN) -- The former Stanford University swimmer who was convicted last year of sexually assaulting an unconscious woman -- and spent only three months in jail -- is appealing his convictions and requesting a new trial.

Lawyers for Brock Turner filed an appeal Friday with California's 6th District Court of Appeal, claiming their client was denied due process during his 2016 trial and calling it "fundamentally unfair."

Turner was charged after two Stanford graduate students witnessed the assault taking place in January 2015 while they were riding bicycles near Stanford. He was 19 at the time.

Key to Turner's request for a new trial is a statement the prosecutor repeatedly made during trial, saying the assault occurred "behind the dumpster."

The appeal also claims Turner was denied a fair trial because witnesses who would testify to his good character were excluded by the court. It also claims the prosecution failed "to present constitutionally sufficient evidence" to support the three counts of conviction.

Turner's lawyer, Eric Multhaup, said he had nothing to add about "the unfairness of the conviction" beyond the court filing.

"What we are saying is that what happened is not a crime," John Tompkins, Turner's legal adviser, told KNTV. "It happened, but it was not anywhere close to a crime."

Turner's trial was thrown into the national spotlight after the victim's wrenching impact statement went viral, then again when Superior Court Judge Aaron Persky gave Turner to a six-month jail sentence, prompting an outcry from critics who said the punishment was too lenient. As a result of the backlash, Persky -- at his own request -- no longer hears criminal cases.

Turner was released for good behavior after serving just half the sentence imposed. As part of his sentence, Turner must register for life as a sex offender.