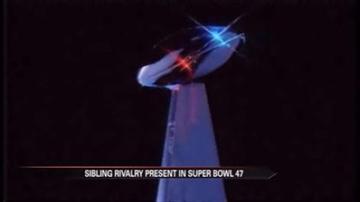 It's the Ravens versus 49ers! But when Super Bowl 47 kicks off on Sunday in New Orleans, it will also be brother versus brother.

San Francisco head coach, Jim Harbaugh, and his brother Balitmore Ravens head coach, John Harbaugh talked about their teams, the last minute preparations for the game, and the big face-off for the Lombardi trophy.

"For the side that comes up short, it'll be bitter disappointment. That's just the way it works, that's how football is, that's how life is, and we understand that," said John Harbaugh, Baltimore Raven's head coach.

It will really be a family affair this weekend in New Orleans. Jim Harbaugh's son, Jay, is a strength coach for his uncle's team, the Baltimore Ravens.