Buffalo area sees one to two of lake effect snow 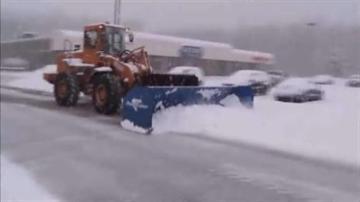 BUFFALO, N.Y. -- Michiana has seen a share of Lake Effect Snow but areas around Buffalo, N.Y. are seeing one to two feet of snow.

Lake effect snow warnings in that area should last until Wednesday morning. The region has seen white out conditions and snow fall at over an inch an hour in places.

Because temperatures are colder, the snow was very fluffy.

It may actually be colder around Michiana Tuesday night than it is in Buffalo.  The low there was expected to be around 8 degrees.