Bulls focused on rest of playoff run despite Rose injury 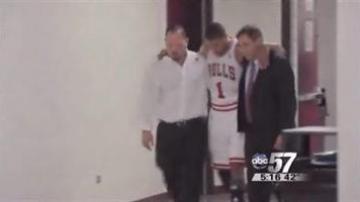 CHICAGO, Ill. -- An injury might have plagued the Bulls just in time for the playoffs.

Derrick Rose went down clutching his knee Saturday during the game against the Philadelphia 76ers and it turns out the injury is a torn ACL.

It's been confirmed Rose will be out for the rest of the season, which might not be a bad thing.

"It’s tough, but you know, there's basketball to be played,” said Bulls center Joakim Noah. "To see him hurt is never good, but I know he's a warrior and he's going to get back as soon as he can."

The Bulls continue their playoff run against Philly again on Tuesday.