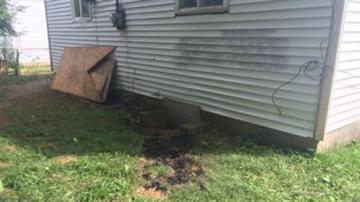 INDIANAPOLIS, Ind. -- Indianapolis police are investigating the death of a 15-year-old girl, whose burned body was discovered in a backyard on the city’s near west side.

Officers were dispatched to the 1100 block of Elder Avenue at approximately 12:30 p.m. Sunday.

When they arrived, they found an unidentified deceased female suffering from apparent signs of fire trauma.

Police confirmed Monday the victim was a 15-year-old girl. Authorities have not released her name at this time.

Detectives said the homeowner was walking his dog, when he made the discovery in his backyard.

Detectives believe the victim was killed at a different location, before her body was dumped behind the Elder Avenue house.

An official cause and manner of death will be determined by the Marion County Coroner’s Office after an autopsy has been performed Tuesday.