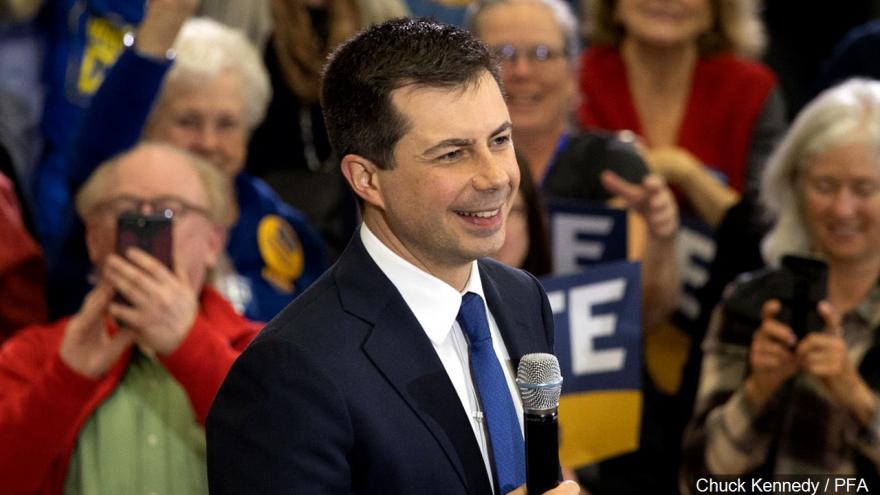 Pete Buttigieg - Former candidate for the Democratic nomination in the 2020 US presidential election and Former Mayor of South Bend, Indiana, Photo Date: January 31, 2020

Sources said that Buttigieg will endorse Biden at his rally in Dallas on Monday night.

The planned endorsement comes less than a day after Buttigieg suspended his own campaign during an announcement in South Bend. He vowed to “do everything in his power to ensure that we have a new Democratic president come January.”

Earlier in the day on Monday, a campaign aide said that Senator Amy Klobuchar would end her own presidential campaign and endorse the former vice president.

Klobuchar’s campaign confirmed the senator would fly to Dallas on Monday to join Biden at his rally on the eve of Super Tuesday where she will officially suspend her bid for the presidency and offer her endorsement.

Buttigieg tweeted about Klobuchar suspending her campaign, saying he looks "forward to working with her to build the country we all deserve."

Campaigning beside @AmyKlobuchar I got to see firsthand the midwestern grit, determination and common sense that our country needs more of. I am thankful for the spirit and humor she brought to this race, and I look forward to working with her to build the country we all deserve.

The only way we beat Trump is through a politics that reflects the decency of the American people. It’s what we sought to practice in my campaign—and it’s what @JoeBiden has practiced his whole life.

I'm proud to stand with the VP and help make him our next Commander-in-Chief. pic.twitter.com/Y9SqDLZS0g

Biden’s two newest endorsements come as his campaign closes in on attracting the more moderate voters that Buttigieg and Klobuchar's departures from the presidential race left behind.

Five Democratic candidates remain as a once very large pool of choices has dwindled.

On March 3, fourteen states will cast their votes and about a third of all delegates will be given out.