C-SPAN founder to step down as CEO 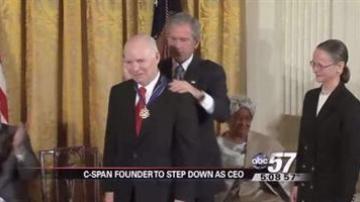 On Monday, C-SPAN is expected to announce that their founder is stepping down as CEO.

That's according to a report from the New York Times.

The paper said that Brian Lamb will step down at the end of the month.

The 70-year-old will reportedly take a new title of "Executive Chairman" while continuing to host his Sunday night interview show.

Monday is also the 33rd anniversary of the station's launch.