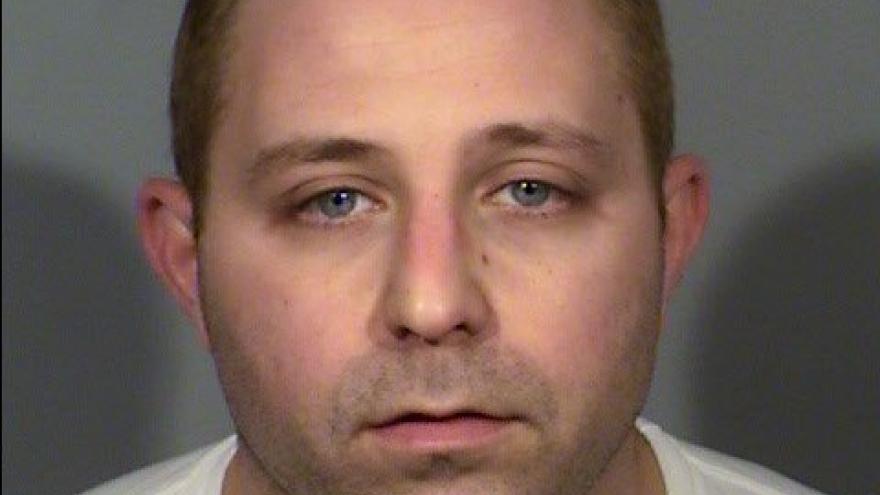 (CNN) -- A California man who had pleaded guilty to first-degree murder in the death of his 5-year-old son was sentenced Wednesday to 25 years to life.

Aramazd Andressian Sr. looked forward or down as people, including the boy's mother, stood at a lectern behind him and made emotional statements imploring the judge to give the maximum sentence.

In her heart-wrenching victim impact statement, she said through sobs and sniffles, "Piqui was my greatest happiness and now he is my greatest sadness."

She told the court she wished it had been her who died "so my sweet baby could live."

Aramazd Andressian Jr., who his parents called "Piqui," disappeared when his father took him to Disneyland in April.

Piqui's remains were found in the Lake Cachuma area of Santa Barbara County in late June.

Aramazd Andressian Sr., 35, didn't speak in court. His lawyer said he intended to give a short statement, but when a judge informed Andressian he could then be cross-examined, he appeared to change his mind.

"I want to pass on his deep, deep regret and remorse as to what happened," Rodriguez said. "There are no words to, obviously, justify what happened."

He said his client eventually did the right thing by guiding authorities to the body.

After court, Rodriguez disputed that his client didn't speak because of the legal stipulations.

"He decided the moment was so powerful, he wanted to let Ana and the rest of her family make their statement and there was no point in saying anything," Rodriguez told reporters, according to CNN affiliate KCBS. "He was not afraid of cross-examination."

Estevez said at the news conference that social workers share some blame for her son's death.

"My son is another victim and statistic of the incompetence of the (Division of Children and Family Services)," she said.

Father had been found alone, unconscious

Piqui's disappearance was a captivating mystery to residents in Southern California and set off two months of searches. On Wednesday, a homicide detective told reporters outside court that the boy was killed near Lake Cachuma.

"(The father) smothered him with a piece of clothing that was in the car," Det. Louie Aguilera said, adding that it was a child's jacket.

The boy was reported missing in April when Estevez said her husband did not return his son during a planned custody exchange. Piqui had spent the previous week with his father.

On the day the boy was supposed to be returned to Estevez, a pedestrian found Andressian Sr. unconscious next to his car at a South Pasadena park and called police. His son wasn't there.

"He did not remember what happened to his child or any details that were useful in locating his son," Lt. Joe Mendoza of the Los Angeles County Sheriff's Department told reporters in May.

Both Andressian and Estevez made public comments over the next two months, pleading for the public to help find their son.

Andressian left the Los Angeles area after being questioned by police and traveled to Las Vegas, authorities said. He spent 47 days there, during which time he shaved his beard and dyed his hair. (At his sentencing Wednesday, he had shaved his head except for a goatee.)

In a news conference after his arrest, investigators said Andressian and his wife were going through a "tumultuous divorce" when he took his son on a trip to Disneyland.