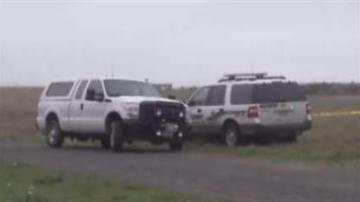 HUMBOLDT COUNTY, Calif. -- Members of a California family drowned as they were swept out to sea while trying to save their dog.

Police said the mom, dad and son, were all walking along the beach Saturday when the dog got pulled into a strong wave.

The 16-year-old son went after the dog prompting his father to go in as well. The teen was able to get back to shore, but he went back into the water with his mother to search for his dad.

They all got dragged into the ocean. By the time help arrived, it was too late.

"They got up to the area of the incident and recovered one person fairly fast,” said Deputy Roy Reynolds. “The second person washed ashore and was recovered. A third person is still missing."

The 16-year-old boy has not been found and is presumed dead. The dog did eventually make it back to shore.