California to send Guard troops to Mexico border, but not to support D.C. policies 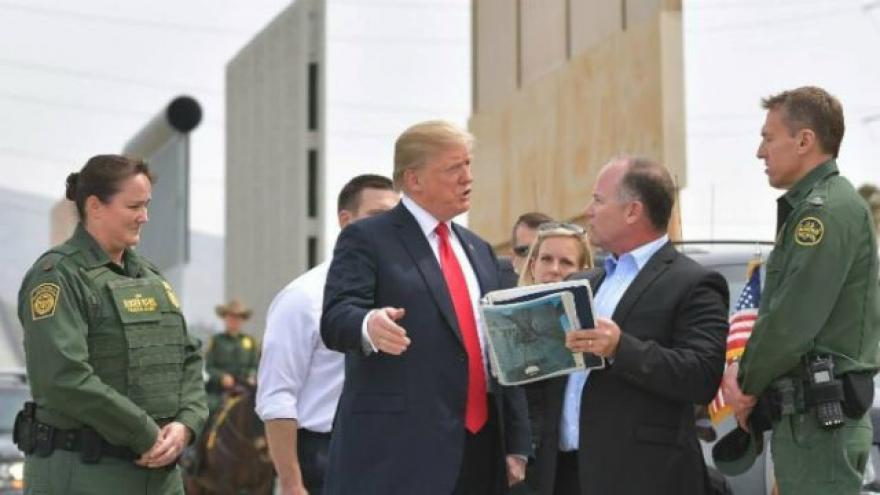 (CNN) -- California Gov. Jerry Brown has agreed to send more National Guard troops to the border with Mexico, but said Wednesday they will focus on fighting crime and not enforce policies of Washington.

The location of Guard personnel -- and number along the border, the coast and elsewhere in the state -- will be dictated by the needs on the ground, a spokeswoman for the governor said.

It will take some time before Guard troops can be deployed. It has been one week since California received the current request. In other operations it has taken several months to get troops where they are needed.

One ongoing operation has 55 Guard troops at the 140-mile border and 250 deployed statewide.

US Department of Homeland Security Secretary Kirstjen Nielsen tweeted that she is "glad to have all four border governors working with us and the US National Guard to secure the border."

She added that "partnership [with] governors is vital to our nation's success."

The governor's statement said 15% of border apprehensions occur in California.

"I agree with the Catholic bishops who have said that local, state and federal officials should 'work collaboratively and prudently in the implementation of this deployment, ensuring that the presence of the National Guard is measured and not disruptive to community life,' " Brown said.

State leaders in California have made no secret of their opposition to many of the Trump administration's moves on immigration. And for days, leaders there had been tight-lipped about whether they would deploy National Guard troops.

A spokesman for the California Army National Guard initially said the administration's request would be promptly reviewed.

US Defense Secretary James Mattis has authorized the deployment of up to 4,000 National Guard personnel through September 30.

Last week Defense Department officials said that without approval from Mattis, troops would not perform law enforcement activities or interact with migrants or others who are detained. Officials say the troops will only carry weapons in "circumstances that might require self-defense."

On Tuesday, a captain with the Texas National Guard told CNN during a visit to an observation post on the border there that troops act as a physical deterrent and as extra sets of eyes and ears for Border Patrol agents.