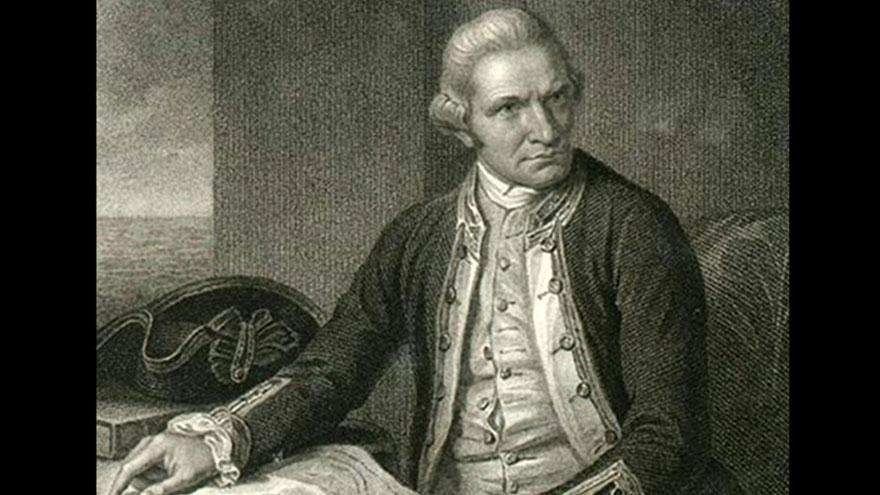 (CNN) -- The wreck of Captain Cook's HMS Endeavour may have finally been pinpointed, 10,500 miles from the country it is most famously associated with.

Researchers in Rhode Island, on the US East Coast, said this week that they had narrowed a decades-long search for the Endeavour to "one or two archaeological sites," just in time for the 250th anniversary of Cook's voyage from the UK to Australia aboard the vessel, the first recorded European contact with that continent.

In a statement, the Rhode Island Marine Archeology Project (RIMAP) said it would release more details and a 3D mockup of a prospective wreck site on September 21, with detailed examinations expected to begin early next year.

Despite the Endeavour's impressive pedigree -- it was used by Cook to land on Australia's east coast, map New Zealand and circumnavigate the globe during his 1768-1771 voyage -- in the ship's later years it was renamed the Lord Sandwich and used as a troop transport.

During the US war of independence, after shuttling British soldiers to Rhode Island, the ship became a prison brig, filling up with rebels against the crown. But when France entered the war on the side of George Washington's revolutionaries, the Admiralty ordered the Lord Sandwich sunk along with 12 other transport ships to act as a blockade.

"The American army was assembled on the mainland and the French sent a fleet to help," RIMAP executive director Kathy Abbass told CNN in 2014. "The British knew they were at great risk so they ordered 13 ships out to be scuttled in a line to blockade the city. They were sunk in fairly shallow waters."

Once records of the transport ships -- including the former Endeavour -- was discovered by Abbass in the 1990s, her team began whittling the number of prospective wreck sites down from 13 to a handful and now finally to one or two.

The most promising site is located in an area just off the Goat Island shore, near Gurneys Resort, RIMAP said.

Peter Dexler, chair of the Australian National Maritime Museum, will attend the event unveiling the location on Friday, along with Australian consul general Alaistair Walton, according to CNN affiliate 9 News.

If the discovery of the Endeavour is confirmed, it will likely set off a bout of diplomatic wrangling over which country gets to keep and display the remains of the ship, if it can be safely retrieved and transported.

Australia, New Zealand, the US and UK could also feasibly lay claim to the Endeavour on the grounds that it is historically significant to their country.

To this end, in 1999 then Rhode Island attorney general Sheldon Whitehouse led a charge "to ensure ownership of the historic Newport fleet," including the Endeavour, according to RIMAP.

While the potential discovery of the Endeavour comes at a historically significant time for Australia, 250 years after Cook's voyage has also seen the explorer undergo a reassessment in the country he is considered a founder of.

A statue of Cook which has stood in Sydney's Hyde Park for over a century was vandalized last year with graffiti reading "no pride in genocide" and "change the date," in reference to controversies over the celebration of Australia Day on January 26, the date in 1788 when the Union Flag was hoisted at Sydney Cove to establish a British penal colony.

While January 26 is widely celebrated by white Australians, many in the indigenous community regard it as nothing to celebrate, and from as early as 1938, Aboriginal people and Torres Strait Islanders have opposed honoring a date they call Invasion Day.

The view of Cook as "discoverer" of Australia -- as the Hyde Park statue describes him -- has also come in for question, with experts pointing out that indigenous Australians had been on the continent for millennia before Europeans invaded and colonized it in the 18th century.

The Endeavour's visit to Australia and resultant British colonization resulted in utter disaster for indigenous peoples, with the population suffering massively from the introduction of foreign diseases, displacement, and ethnic cleansing by white settlers.