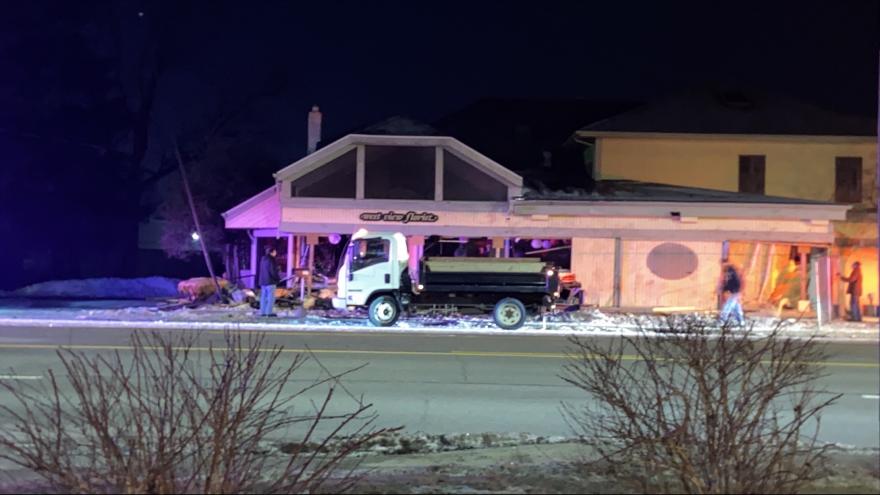 At 3:55 a.m., troopers with Indiana State Police initiated a traffic stop on a red 2011 Hyundai for traffic violations at the Indiana Toll Road Elkhart Exit.

The vehicle’s driver allegedly did not stop and instead drove south on Cassopolis Street, reports said.

The chase ended when the vehicle lost control after hitting a median and drove into the West View Florist Inc. building along Cassopolis Street, according to reports.

The Elkhart Fire Department’s Tactical Rescue Team responded to the scene after damage from the crash caused the front of the building to become unstable.

After the crash, the vehicle came to a stop in the south lanes of Cassopolis Street.

The driver of the vehicle allegedly ran from the crash scene and tried to get into a passing vehicle before being taken into custody, reports said.

The driver, identified as 18-year-old Maki Chandler, was arrested for resisting law enforcement and taken to the Elkhart County Jail.