Car collides with bus after driver reportedly jumps from vehicle 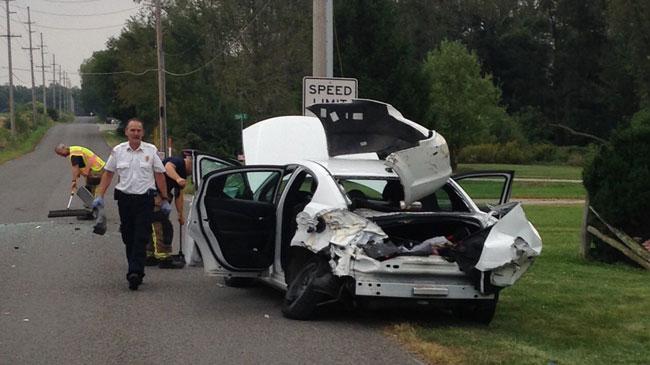 Kosciusko County Deputies, Syracuse Police and Fire Units all responded to the 5500 block of East County Road Friday around 4:18 p.m. after a call about a vehicle that struck a school bus.

Upon arrival, officers located a 9-year-old boy lying outside a Dodge Avenger that had collided with the school bus.

Investigation showed that 35-year-old Angela Kipp of Syracuse had initially been backing the vehicle out of her driveway when she noticed a spider on her shoulder.

Kipp reportedly jumped from the vehicle after seeing the spider.

When the vehicle was still in reverse, the 9-year-old climbed from the rear seat to the driver's seat and attempted to press the brake pedal but instead pressed the throttle.

In doing so, the vehicle hit a passing Wawasee Corporation School bus.

Becky Dunithan, the driver of the school bus, was not injured during the crash and no children were present on the bus at the time of the crash.

The 9-year-old was transported to Goshen General Hospital in stable condition with minor head injuries.