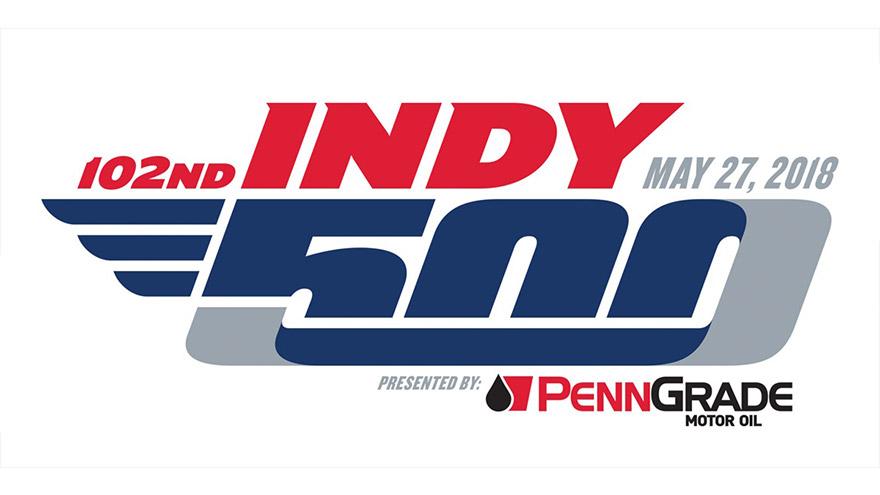 INDIANAPOLIS (AP) — Ed Carpenter and Danica Patrick got exactly what they needed in qualifying Sunday.

Now comes the hard part: Finding a way to victory lane next weekend.

After crashing Roger Penske's front-row party by claiming his third Indianapolis 500 pole-winning run and watching his teammate, Patrick, qualify seventh for the final start of her career, Carpenter quickly turned his attention to hosting a bigger family celebration at the track his stepfather's family owns.

"We've been in this position before and ran a good race. I thought we had a chance to win (when we won our) first pole, we didn't really have the right game plan," Carpenter said. "I feel like we've learned a lot. I feel like I've gotten better since 2014. We've got a great package with Chevrolet and ECR and hopefully we'll be able to be in the mix (next) Sunday."

Carpenter has largely taken a backseat to other prominent story lines this month.

Penske's team earned its 200th career win last week and was in position to claim the top three spots Sunday.

Patrick has drawn plenty of attention as she gears up for the final stop on her two-race farewell tour.

Helio Castroneves had the fastest car in qualifying Saturday and looked like he might break a tie for second by claiming his fifth career Indy pole. Instead, he'll chase a record-tying fourth 500 win from the No. 8 starting spot.

The return of Bump Day left two drivers, James Hinchcliffe and Pippa Mann, searching for ways to get back into the field. There was no immediate indication if either had a pathway back though one door closed when IndyCar president of competition and operations Jay Frye told The Associated Press the traditional 33-car field would not be expanded.

But Carpenter's surprisingly quick four-lap qualifying run was all the rage Sunday.

Carpenter has five career starts from the first three rows but hasn't finished higher than 10th.

"Good job dad!" one of Carpenter's children said, stealing a hug at the end of the day.

Penske took the next three all with drivers who have won series titles — Pagenaud, Power and Josef Newgarden, who qualified second, third and fourth.

"You could say I'm the first loser, but I'm still happy," Pagenaud said after briefly holding No. 1 spot.

Patrick enjoyed her final qualifying day on the 2.5-mile oval.

The first female to lead at Indy hasn't competed in an IndyCar since 2011. But she looked relaxed on the first run of the pole shootout and posted a number, 228.090, that looked like it might put her in the top three.

It's the fourth time Patrick has qualified in the top nine, finishing fourth, eighth and 22nd on the previous occasions.

She was equally pleased with how her teammates — Carpenter and Spencer Pigot — fared. Pigot will start sixth, the outside of Row 2, after going 228.107.

"That's awesome. He deserves it," Patrick said, referring to Carpenter.

The drama that evoked so much intrigue Saturday was missing Sunday. Qualifying went pretty much according to script — until Castroneves came up well short of winning his fifth career Indy pole.

"When I was sitting in the car and I heard the 230, I asked the guys 'Do we have enough gear to do that?'" Castroneves said. "They said 'Well, with a little help from the wind we could.'"

Penske didn't get the pole. But he did put four cars in the top eight, owns a record 16 wins and has momentum from last weekend's victory on Indy's road course.

Conor Daly qualified three times Saturday and got bumped twice before finally sticking his car in the lineup. Sunday wasn't any easier. He'll start 33rd after going 224.429 and there are questions about whether he could be replaced in Dale Coyne's car by Pippa Mann and the team would face no penalty because it's already starting at the back of the field.

The last two race winners had a tough weekend.

Takuma Sato, last year's champion, and Alexander Rossi, the 2016 winner, both missed the shootout. Both will face uphill battles next Sunday.