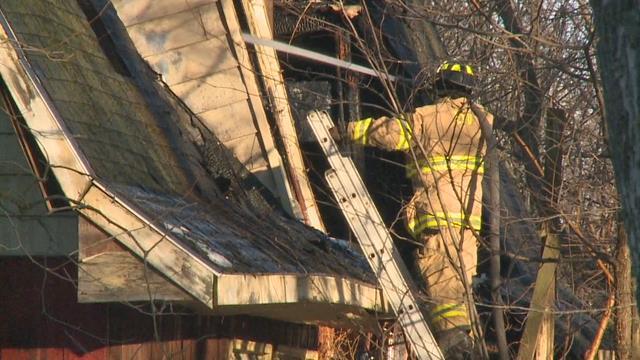 The fire began around 1 p.m. at a home in the 66 hundred block of Tharp Lake Road.

David Frank and his dog Tanner were the only ones who lived in the home. Both were in the backyard when the fire started.

“I was out back and I heard what sounded like a car door and my dog bark. I went up to the front to look and I saw smoke going,” said homeowner Frank.

Frank says he immediately dialed 911 and ran to his neighbor’s house.

Crews from multiple departments worked the scene for several hours but the home and almost everything inside were destroyed.

Still, Frank is in good spirits. He says it’s because everything that truly matters is safe.

“He’s a good dog. He’s a rescue dog that I picked up awhile back. The material things don’t really matter that much, like I say everything can be replaced. We go everywhere together, he’s my best friend,” said Frank.