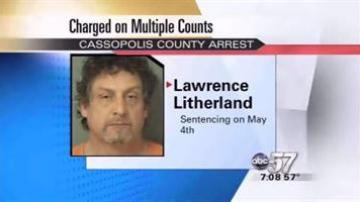 Litherland, was charged with bringing contraband into jail, along with a slew of other possession charges before police took him to jail.

After a struggle with an officer, Litherland was finally handcuffed.

He later claimed he blacked out during the fight. His sentencing will take place on May 4.