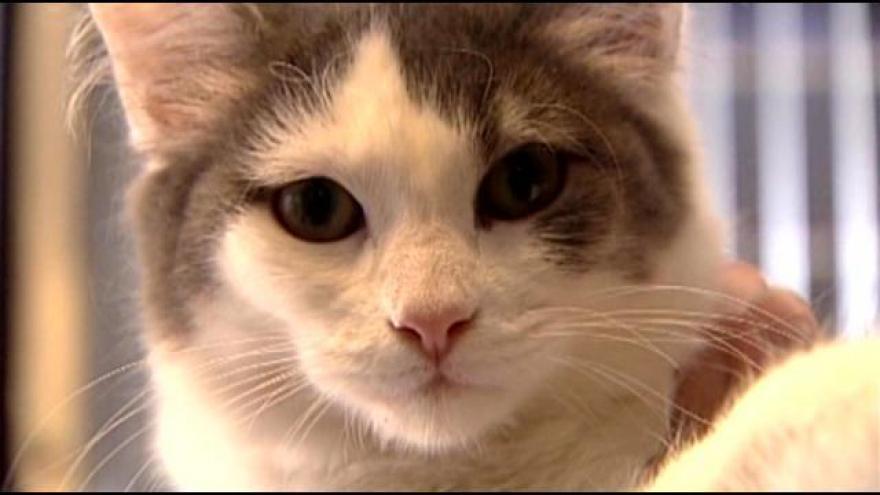 (CNN) -- Studies have suggested that cat ownership could be linked to certain mental disorders, such as schizophrenia, but researchers at University College London say they found no link between cat ownership and the development of psychotic symptoms.

Published in the medical journal Psychological Medicine, the new study is the first to prospectively look at childhood cat ownership and the infection of the parasite Toxoplasma gondii as a risk factor for psychosis.

House cats are known to be the primary host of T. gondii, which infects various warm-blooded animals (including humans) and causes a disease called toxoplasmosis.

According to the US Centers for Disease Control and Prevention, more than 60 million people in the United States may be infected with the parasite. However, most individuals who develop toxoplasmosis experience few symptoms because their immune systems keep the parasite from causing illness.

But in pregnant women and those with compromised immune systems, the disease could cause serious health problems, including damage to the brain, eyes and other organs. Infants who are born to women infected with T. gondii during or just before their pregnancy are most at risk for developing severe toxoplasmosis.

Previous research into cat ownership and the development of mental health disorders has been limited, according to Francesca Solmi, the lead author of the study and a research associate in the Division of Psychiatry at University College London.

"Because cats are the primary host of Toxoplasma gondii, it had been suggested that they might put people at increased risk of mental illness, including schizophrenia, by exposing them to T. gondii infection," she said. "However, some of the studies that have looked at this association had methodologically limitations."

These limitations included studies in which researchers asked people with and without mental health problems to remember details about their childhood, which could have led to errors in recall.

The new study looked at nearly 5,000 people in the United Kingdom who were born between 1991 and 1992 and followed them until the age of 18. The researchers used birth information to determine whether households had cats when the mothers were pregnant and when the children were growing up. At ages 13 and 18 years, the children were brought into clinics to be evaluated for psychotic-like symptoms.

After controlling for potential confounding factors, the study concluded that cat ownership in pregnancy and childhood did not play a role in developing psychotic symptoms during adolescence.

"The message for cat owners is clear: there is no evidence that cats pose a risk to children's mental health," Solmi said in a news release. "In our study, initial unadjusted analyses suggested a small link between cat ownership and psychotic symptoms at age 13, but this turned out to be due to other factors."

She added, "Once we controlled for factors such as household over-crowding and socioeconomic status, the data showed that cats were not to blame. Previous studies reporting links between cat ownership and psychosis simply failed to adequately control for other possible explanations."

Although the study did not measure T. gondii exposure directly, the results do suggest that if the parasite causes psychiatric problems, cat ownership does not significantly increase exposure.

However, other experts believe that adjusting for other possible explanations may eliminate the cause of the exposure itself. "By itself, household crowding is a risk factor that has been associated with schizophrenia, and if the crowding leads to greater contact with the household cats, then adjusting for household crowding statistically may eliminate the legitimate association between cat exposure and, in this case, unusual thoughts," said Dr. E. Fuller Torrey, an associate director of research at the Stanley Medical Institute who has also conducted research in cat ownership and toxoplasmosis.

The researchers continue to recommend that pregnant women handle cat litter with caution.

"There is good evidence that T. Gondii exposure during pregnancy can lead to serious birth defects and other health problems in children. As such, we recommend that pregnant women should continue to follow advice not to handle soiled cat litter in case it contains T. Gondii," senior study author James Kirkbride of University College London said in a news release.

Soiled litter boxes are not the only places to contract the parasite. "You don't have to own a cat to be exposed to contaminated feces," Fuller said. "For example, cats love sandboxes because of the loose soil." He warns that any loose soil can easily be contaminated by neighborhood cats.

Solmi says she is relieved at the results of her study. "Many people own cats, and it's reassuring that our findings suggest that cat ownership is not associated with an increased risk of mental illness, as previously suggested."

She suggests that future studies look at replicating this research study to add more evidence.