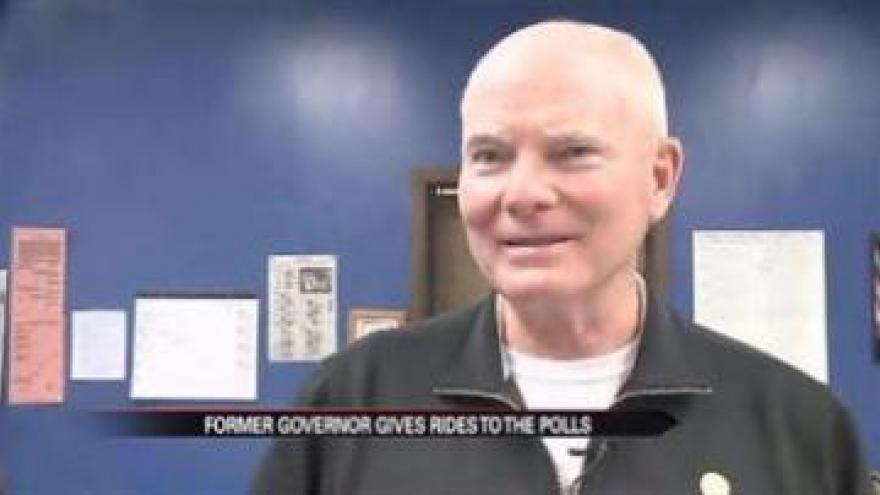 SOUTH BEND, Ind. -- Some voters who were looking for a ride to the polls were driven by a local celebrity -  Indiana’s former Governor Joe Kernan.

Elsie Cuneo's doctor told her she can't drive, so she had no way to get to the polls.

So she asked for a lift.

She was shocked when she discovered her driver wasn’t just your “average Joe” it was Joe Kernan, the former Governor of Indiana.

"I called up and they set me up an appointment saying someone would call me between 2 and 3 or a little earlier and they'd come and pick me up. I sure was surprised though to see Joe,” said Cuneo.

Cuneo is just one of many voters unable to get themselves to the polls without help.

"I've done it for the last several elections and it’s fun to go out and get someone who otherwise would not have been able to vote because they don't have the means of transportation to get there,” said Kernan.

Many volunteers split their time between making phone calls and picking up voters.

Not only did she receive door to door assistance, Cuneo cast her ballot and was home in about 15 minutes.

Plus she walked in with a local celeb.

"This was really great. The first time I met the governor and it was really nice,” said Cuneo.

Packing voters into his caddy is way of having fun on Election Day, giving unsuspecting riders a voice in the election and a story for their friends.

"Well that happens every once in a while. I think the staff pretty much warns them that I might be coming,” said Kernan.