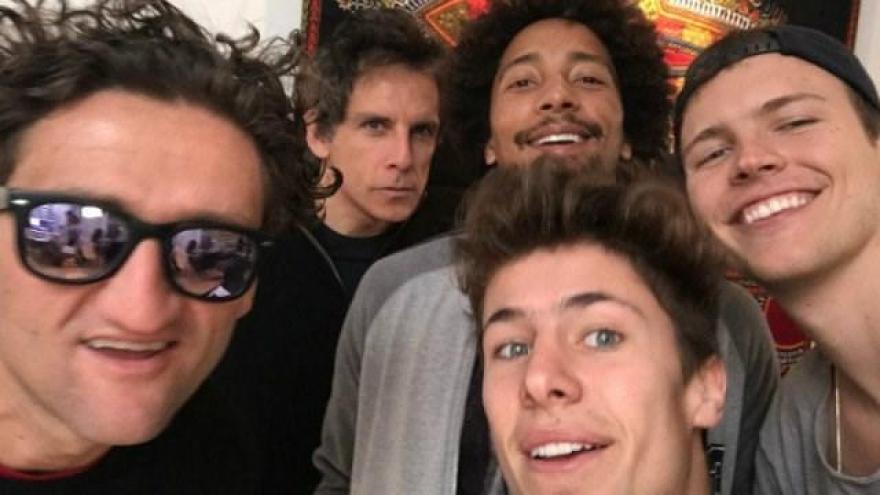 (CNN) -- Actor Ben Stiller, the NFL's Colin Kaepernick and social media stars including CNN's Casey Neistat and Jérôme Jarre of Vine and Snapchat fame have helped raise $1 million in just 19 hours to help those facing starvation in Somalia, they announced.

"This is the story of what can happen when the power of social media is leveraged for something good," Neistat explains in a YouTube video that documents the extraordinary sequence of events that led to the fund-raising juggernaut.

It all began, Neistat explains, when French Vine and Snapchat star Jérôme Jarre, citing the plight of the East African country, recorded a message on Twitter in which he pleaded with Turkish Airlines to fill one of its flights with food and provisions. Drought-stricken Somalia is facing a catastrophic hunger crisis, with more than 6 million people -- more than half the population -- in need of food assistance.

The tweet went viral, with fellow social media stars Neistat and Juanpa Zurita, among others. After hearing from Jarre, Stiller recorded his own message urging Turkish Airlines to take action. Kaepernick, along with a host of social media stars, followed suit.

After just a couple of hours, Turkish Airlines responded by pledging to make available a full cargo flight with room for 60 tons of food. The airline also said it would allow the group to ship food containers on its commercial aircraft to Somalia until the country's hunger crisis has ended.

Once the plane had been secured, the group launched a GoFundMe page, Love Army for Somalia, to solicit donations. They hoped to raise $1 million in 10 days. Just 19 hours after the page went live, the goal had been met. And the cash continues to flood in from around the world.

Donations also are being collected through Stiller's charity, The Stiller Foundation, and the American Refugee Committee will coordinate food distribution on the ground, the group explained in a statement on the page.

The first Turkish Airlines flight is due to take off in 10 days carrying rice, flour and cooking oil, among other basic provisions, the GoFundMe page states.

"We've proved how much our power doesn't mean much individually, but has the potential to move mountains (AIRPLANES!!!) when we UNITE!" the group wrote. "We're committed to making sure Somalia has the relief they need."