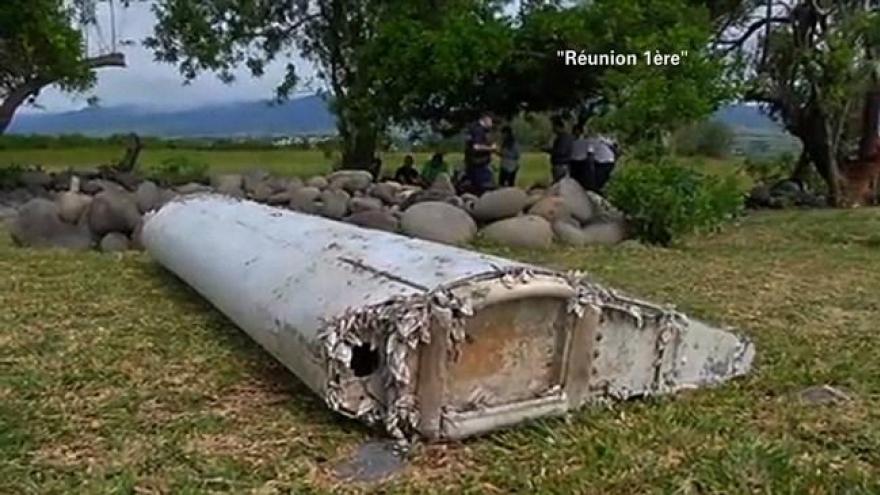 (CNN) -- A piece of debris that washed up on the shore of Reunion Island in July was part of Malaysia Airlines Flight 370, the Paris prosecutor's office said Thursday, backing up a statement that Malaysia's Prime Minister made weeks ago.

Following the analysis of the debris, it is "possible to say with certainty that the flaperon discovered on the Reunion Island on July 29 2015 corresponds to the one on MH370," the prosecutor's office said in a statement.

The Malaysian Prime Minister said a few weeks ago that the debris clearly is from MH370, which disappeared with 239 people aboard in March 2014. Investigators in France had said there were "very strong presumptions" that the debris, called a flaperon, was from MH370, but that further testing was needed to say that with ironclad confidence.

In the early hours of March 8, 2014, Flight 370 took off from Kuala Lumpur International Airport in Malaysia en route to Beijing, with 239 passengers and crew on board.

At 1:19 a.m., as the Boeing 777-200ER was flying over the South China Sea, Malaysian air traffic controllers radioed the crew to contact controllers in Ho Chi Minh City for the onward flight through Vietnamese airspace.

The crew's acknowledgment of the request was the last thing ever heard from MH370: "Good night Malaysian three-seven-zero."

Shortly afterward, air traffic controllers in Malaysia lost contact with the plane somewhere over the sea between Malaysia and Vietnam.

The aircraft's transponder, which identifies the plane and relays details like altitude and speed to controllers, stopped transmitting. MH370 seemingly disappeared without a trace.

Malaysian authorities revealed later that military radar had tracked the plane as it turned back to the west and flew across the Malaysian Peninsula, up the Strait of Malacca, before flying out of radar range at 2:14 a.m. and vanishing once again.

CNN's Martin Savidge and Margot Haddad contributed to this report.