Chainsaw attacker at large in Switzerland 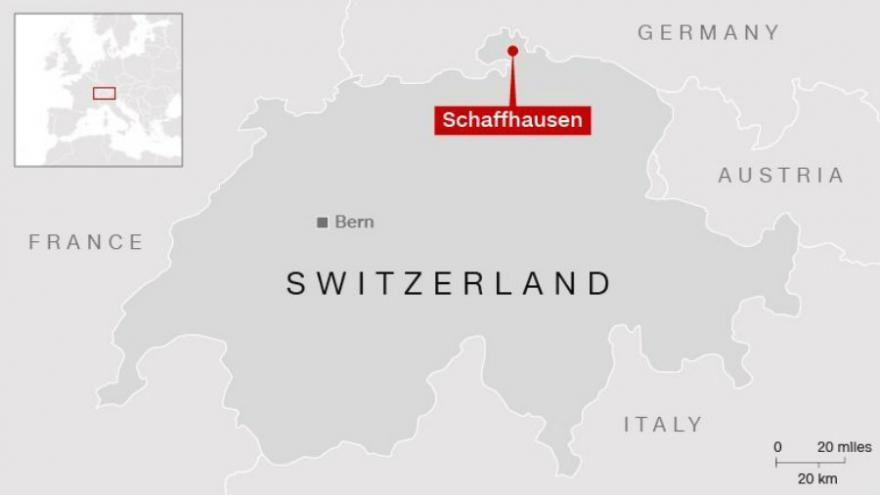 SCHAFFHAUSEN, Switzerland (CNN) -- Police are searching for a chainsaw-wielding attacker who injured five people, including at least one seriously, in northern Switzerland.

Police said they do not believe Monday's attack in the historic town of Schaffhausen is terrorism related, but warned the public that the man at large is "dangerous."

The attacker was identified as 51-year-old Franz Wrousis, a Swiss national with no fixed address who lives in a forest, Shauffhausen public prosecutor Peter Sticher said.

Authorities are seeking the public's help in locating Wrousis. Schaffhausen police released a photo of him taken before the incident on CCTV cameras. He appears to be wearing a green windbreaker and black trousers, police said. He is carrying a big black bag that may have contained the chainsaw.

The attack began in an insurance office, Sticher said, and a Volkswagen van that belongs to Wrousis has been found.

Christina Wettstein, a spokesperson for the insurance company CSS, said two of the company's employees were injured, one seriously. They have undergone surgery, she said, and their lives are no longer at risk.

Wettstein said the suspect has a health insurance policy with the company.

The company is concerned that the suspect will approach one of its offices and embark on another attack. Wettstein said security guards are being deployed at CSS offices in the region.

Wrousis has been charged twice in the past for having illegal weapons, in 2014 and 2016, but he wasn't sentenced to prison, according to Sticher.

Images of the scene show a cobble-stoned street cordoned off, with police vehicles and ambulances in the area.

A journalist in Schaffhausen, Marco Latzer, told CNN that helicopters also responded to the scene.

The incident was a shock to the people of Schaffhausen, an old town near the Swiss-German border, he said.

"It's kind of a big thing for this town of course and many people here are really shocked," he said. "It's a very peaceful place ... a quiet place, normally."