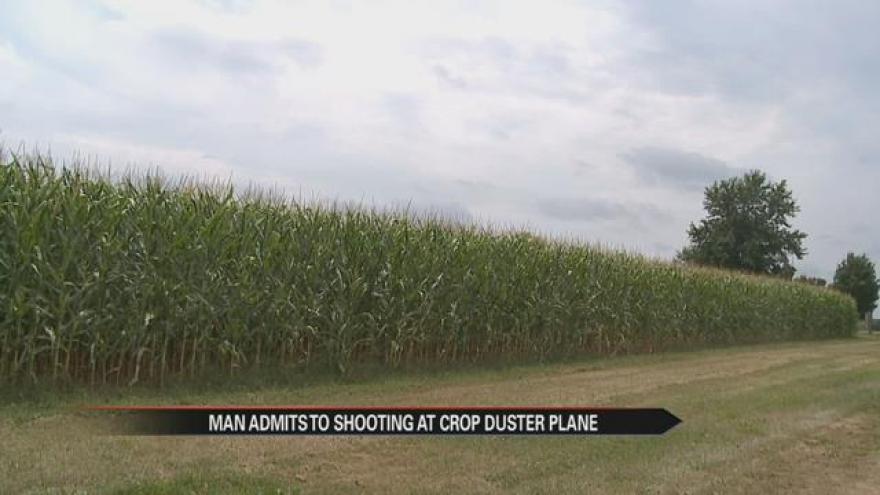 A man has been charged for allegedly pointing a gun in the vicinity of an airplane on August 13.

Kory Kolber is charged with attempted intimidation, a class A misdemeanor.

On August 13, St. Joseph County Police were called to an area of Crumstown Highway to investigate reports a man was firing a gun at a crop duster plane.

When officers spoke with Kory Kolber, he allegedly said he had been firing a gun into the air to warn away the crop dusting plane from his house.

Police found three empty shell casings in the driveway, according to the probable cause affidavit.

A witness told police he was inside his home when he heard three gunshots. When he went outside, he heard an additional two gunshots. He said the shots were fired as the crop duster made a pass over Kolber's home, reports said.

Kolber agreed to speak with investigators. He said he arrived home around 5:30 p.m. and was lying on his couch when he heard the crop duster passing low over his home. He said he became "pissed off" because "you don't know what they are spraying," according to the probable cause affidavit.

Kolber told investigators he went outside and got his .45-caliber handgun out of his vehicle, then fired three shots into the air as the crop duster passed over a cornfield adjacent to his home, reports said.

Kolber told police he thought the crop duster flying so low over his home was an invasion of privacy and made his whole house shake.

He allegedly said he fired the shots because he was mad and wanted to signal the airplane to stop.

He also allegedly said he didn't fire directly at the plane because, "I'm not stupid," according to the probable cause affidavit.

Officers contacted the pilot of the plane. He said he didn't have any damage on his plane and didn't know about the shots being fired until he was notified by South Bend air traffic control.