Charges filed against man who caused massive search on US31 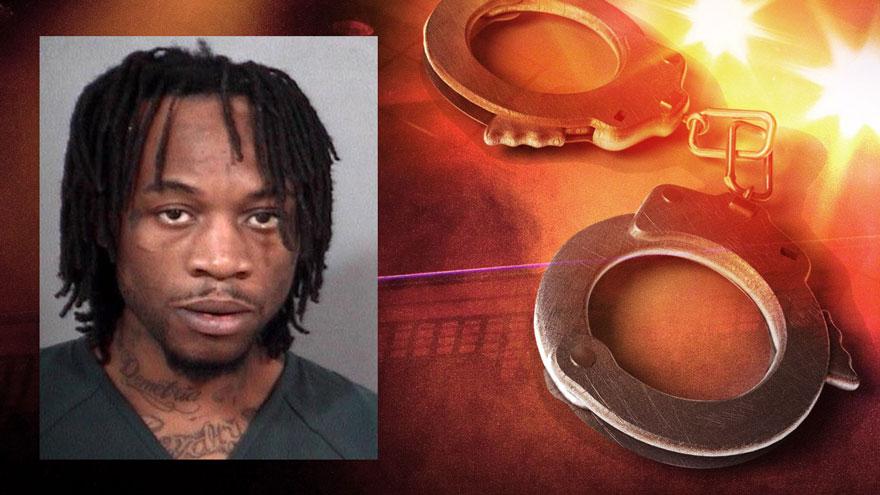 ST. JOSEPH COUNTY, Ind. -- The man who claimed he tossed his 19-month-old daughter from his car on US31 on Friday is facing charges for resisting arrest and possession of a handgun.

Officers with the St. Joseph County Police Department responded to US 31 and Kern Road to investigate reports of shots fired.

When they arrived to the area, Damion Anderson began walking towards the officers with his hands raised.

He told police people were shooting at him and got onto his knees.

When an officer asked if he had anything on him, Anderson got up and started walking towards traffic, police said.

An officer had to take Anderson to the ground to keep him from walking into traffic.

Anderson then struggled with officers, told officers he had been shot in the chest, said someone had taken his daughter and that police were going to kill him, reports said.

Officers checked Anderson for gunshot wounds, but he had not been shot.

Police said Anderson continued to yell things that didn't make sense and would not get inside the patrol car. Once he was inside, he wouldn't let officers shut the door.

When officers tried to get Anderson to tell them what was going on, he said he had been driving and abandoned his vehicle with his daughter in it. He also said he had concealed a gun in his buttocks, attempted to get out of the vehicle and spit on two officers, police said.

Police pulled Anderson out of the vehicle and searched him, but did not find a weapon.

He struggled with officers and kicked them, so he was shackled to prevent further kicking.

He continued to fight as he was loaded into an ambulance.

After Anderson left the scene in the ambulance, officers located a 9-mm handgun on the ground, according to the probable cause affidavit.

While on his way to the hospital, Anderson said he threw his daughter out of the car while driving on US 31.

After an extensive search involving multiple agencies and a helicopter, the child was located safe in the care of other family members.