Charges filed in threats made to Lerner Theatre 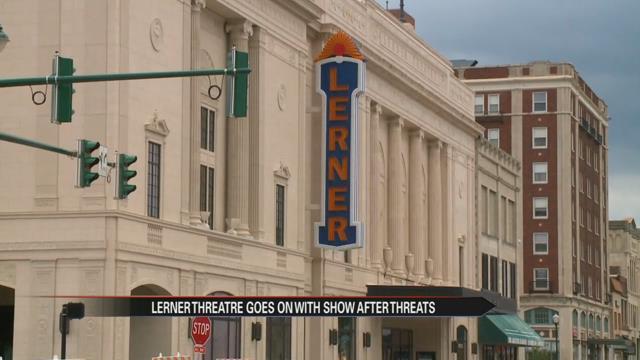 The Elkhart Police Department has released the name of the man accused of leaving a voice mail threatening to commit mass murder at the Lerner Theatre.

On August 29, 2015, Elkhart Police working at the Lerner Theatre were approached by a patron who said a man was disruptive and threatening physical aggression, according to police.

Officers made contact with Thomas Townsend and said they saw signs of intoxication. They escorted Townsend to the lobby and he later left in a cab, according to police.

On August 31, the manager of the Lerner Theatre contacted police after receiving a message on the answering machine. The male caller threatened mass murder at the next concert.

The message had been left in the early morning hours of August 30.

Police identified the caller ID info and their investigation led them to Townsend, reports said.

Detectives spoke with the cab driver who picked up Townsend the evening of August 29. The cab driver told police Townsend appeared drunk and was upset he was kicked out of the theater.

On September 17, Townsend was charged with intimidation and public intoxication.