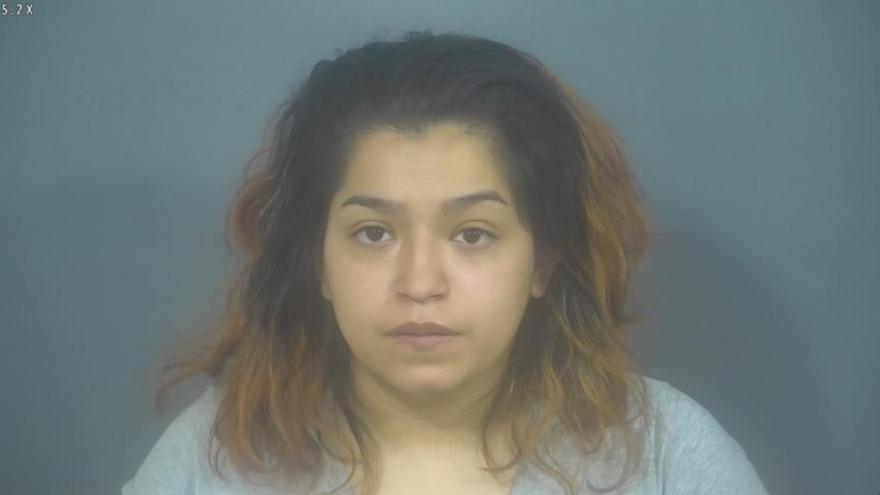 ST. JOSEPH COUNTY, Ind. – The St. Joseph County Prosecutor’s Office has charged a woman in connection with a crash that left one person injured.

27-year-old Searra Huereca of South Bend has been charged in connection with a crash on Bremen Highway/S.R. 331 that happened on February 19.

According to investigators, the crash happened when Huereca, who was traveling north, crossed the center line and struck a southbound vehicle, police said.

On the day of the crash, officers with the St. Joseph County Police Department arrived on scene, just north of New Road, and saw two SUVS, both with heavy front end damage.

Officers located Huereca’s vehicle and saw that airbags had been deployed and that Huereca was trapped and had to be extricated from the vehicle.

The driver of the other vehicle seemed dazed and scared and kept asking for help when officers spoke to her, reports said.

Upon returning to Huereca’s vehicle, an officer allegedly smelled marijuana coming from her car, police said.

Both drivers were taken to a local hospital and the St. Joseph County Fatal Crash Team took over the investigation.

At the hospital, Huereca agreed to take a chemical test and was asked about any medication or drug use. Huereca said she is allegedly prescribed Ibuprofen and uses marijuana, reports said.

When asked what happened, Huereca said she was traveling north to return to her residence but did not remember the crash itself, reports said.

An officer asked to search her coat, and in it, found two semi burnt blunts that contained a substance that tested positive for THC, police said.

Test results also showed that Huereca had THC in her system, reports said.

The driver of the other vehicle suffered a broken femur and pelvis as a result of the crash, police said.

Huereca turned herself in Tuesday and was booked into the St. Joseph County Jail with a $750 cash bond. She was charged with allegedly operating a vehicle with a schedule I or II controlled substance or its metabolite in the blood, police said.