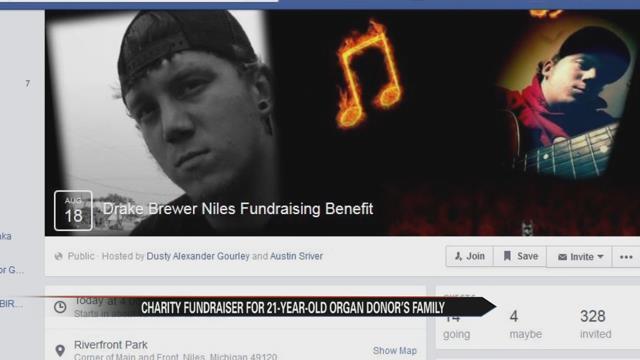 Earlier this month a Cassopolis man died in an accident near Peavine Street in Pokagon Township.

21-year-old Drake Brewer was arguing with the driver of the vehicle he was in when he jumped out of the passenger side while heading north on M-51.

Brewer was airlifted to Kalamazoo and later died from his injuries.

Now friends and family are coming together to remember his life and raise money for the family during their hardship.

Tuesday afternoon starting at 4 p.m. there will be a charity event held at Riverfront Park in Niles.

There will be live music, food, and pictures to remember the young man's life.

His friends say he was an organ donor and has already helped give life to six other people with the chance to help up to nine more.

The event will go until 8 p.m. To learn more, click here.

There is also a GoFundMe account set up for anyone who wants to donate.