Chase Tower up for auction in March 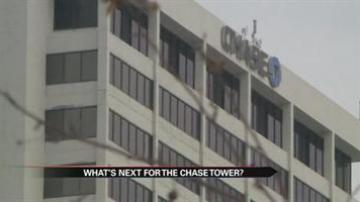 SOUTH BEND, Ind. -- The sale of the Chase Tower fell through this December, so what's next for the downtown high rise? It is heading for the auction block.

For the last three years, the future of the Chase Tower has been up in the air. Several redevelopment deals have fallen through.

The owners haven't been paying the mortgage or the property taxes so the building is headed for auction.

"It's got value; it's just a matter of finding the right group of people to purchase it," said Michael Kruk, St. Joseph County Treasurer.

Kruk says the building goes to auction March 20th at a sheriff's sale.

The mortgage on the property is more than $7 million, but the building is worth only $5.5 million.

For an investor it may be better to hold off for a summer tax sale where it would likely go for less money.

Kruk says the tower's owner, Dillingham Hill, has until June 30th to pay back taxes.

In addition to all the tax money owed, the building has some structural issues.

A recent report by code enforcement shows several violations. That could add up to more than $1 million in repairs.