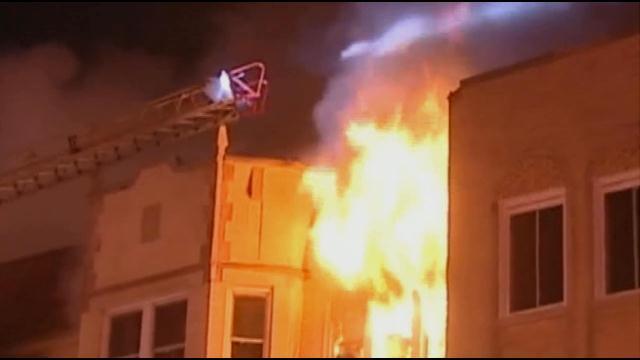 A fire in a Chicago apartment building Sunday morning killed one teenager and injured 11 other people.

The fire broke out on the top floor of the four-story building early Sunday morning.

Officials have confirmed that they found the victim, who is under the age of 15, on the top floor of the building.

Five of the injured people were children who were hurt after jumping from the building while it was on fire.

The deputy commissioner says that even though he was trained for this, it doesn't make it any easier.