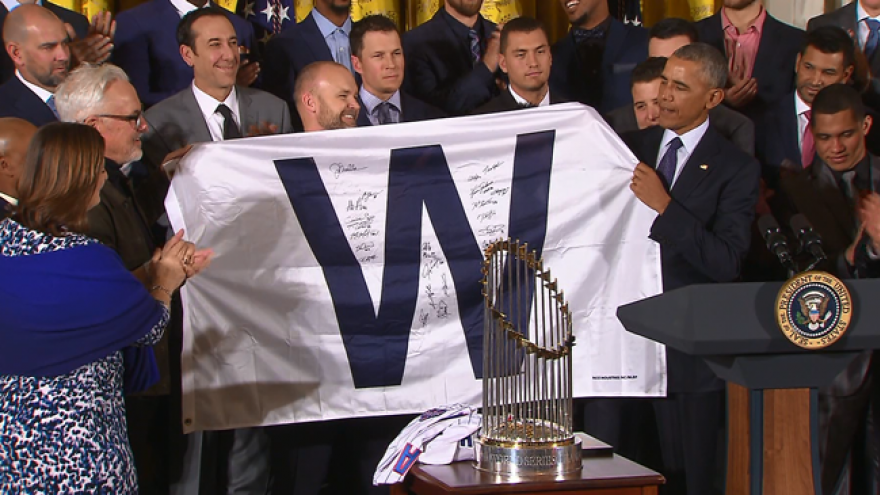 (CNN) -- The Chicago Cubs visited the White House on Monday to meet with President Barack Obama to celebrate their World Series win.

For the Cubs, who won their first World Series in more than a century, it was a dream come true.

"Here is something none of my predecessors ever got a chance to say. Welcome to the White House, the World Series champion Chicago Cubs," President Barack Obama said.

He says she is a lifelong Cubs fan who watched games with her dad as a child after school.

The team presented the president with a number of gifts, including jerseys and a "W" for win flag.

Jake Arietta was unable to make the visit to the White House. He was with his mother who is recovering from surgery.