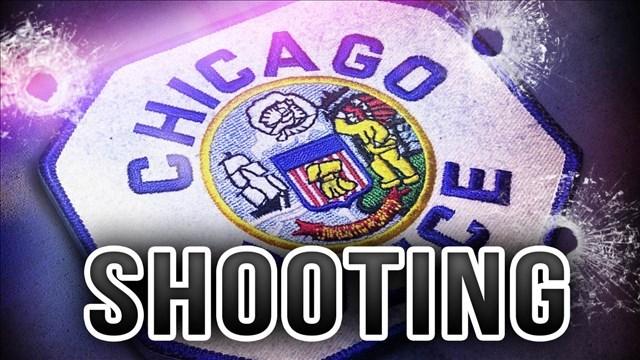 (CNN) -- A Chicago police officer who said he shot and killed a black man this week after the teenager pointed a gun at him has been relieved of his police powers, the Chicago Police Department said Saturday.

The sergeant involved in the shooting told investigators that Kajuan Raye, 19, twice pointed a weapon at him, but no gun has been found in the evidence gathering, the department said.

"Based on the little information we know at this point, I have concerns about this incident," police Superintendent Eddie Johnson said.

Johnson said that a preliminary report from the medical examiner's office, which determined Raye had been shot in the back, also figured into his decision to take the officer's gun and badge away.

The city's Independent Police Review Authority is investigating the shooting. Police have not released the sergeant's name.

Raye's death comes after months of heavy scrutiny of the department over cases of alleged overreach in officer-involved shootings.

Police have said the sergeant was called to an intersection near Ogden Park in south Chicago late Wednesday about a report of a "battery in progress."

When the sergeant approached Raye, who the officer said matched the description of a suspect, Raye ran and the sergeant chased him, police said.

"The sergeant then told investigators that the offender turned and pointed a weapon in the direction of the sergeant on two separate occasions during the pursuit," Johnson said.

Investigators searched, but did not find a weapon, the superintendent said.

There is video that shows Raye running, but the officer chasing him is out of the cameras' view and the footage does not show the shooting, CNN affiliate WLS reported.

Raye's relatives said he did not own a gun, WLS reported.

Raye, of Dolton, just south of Chicago, was a "fun-loving and happy kid who had a bright future," his relatives said in a statement released by the Montgomery Law Firm, which says it is representing the family in the case.

Raye's family is "heartbroken that their son is dead at the hands of a police officer who does not value the sanctity of life of black males," the statement reads. "As a city we continue to struggle with police who are afraid of and have deep seeded prejudices against black youth.

The family has asked its lawyers to "investigate, get answers and hold accountable this officer and Chicago Police Department," the statement reads.

A lawyer with the firm, Jay Payne, told CNN the claim that Raye pointed a weapon is absurd.

"We will be asking the Cook County state's attorney to prosecute this officer," Payne said.

Chicago police under fire over shootings

Raye's death comes more than two years after the shooting by Chicago police of 17-year-old Laquan McDonald, a case that spurred reforms and protests and helped fuel a national conversation about police officers' use of deadly force.

McDonald's death in October 2014 went largely unacknowledged until a judge ordered the department to release dashboard-camera footage that contradicted officers' accounts of the shooting.

The superintendent of police at the time of the McDonald shooting, Garry McCarthy, was fired by Mayor Rahm Emanuel this year, and the Independent Police Review Authority, the agency charged with investigating police-involved shootings, is being overhauled.

Emanuel created a Police Accountability Task Force in response to public outcry for accountability and transparency after the release of the McDonald shooting video.

In April, a report from the task force said police "have no regard for the sanctity of life when it comes to people of color" and have alienated blacks and Hispanics with the use of force and a longstanding code of silence.

During the past eight years, 74% of people killed or injured by Chicago police officers were African-American, the report said.

The task force, which included five Chicagoans who have been leaders in the justice system, found that 72% of people stopped by Chicago police in 2014 were African-American, and 17% were Hispanic.

To address the slew of systemic issues within the police department, the task force recommended nearly 100 changes. Emanuel has announced the implementation of nearly one-third of those recommendations, including replacing the Independent Police Review Authority with an agency that has "more independence."

The city also plans to hire 970 officers over the next two years.

The number of homicides in Chicago this year is significantly higher than recent years. At least 685 civilians have been killed, according to a tabulation by the Chicago Tribune.

According to an Independent Police Review Authority report, Chicago police shot 17 people in the first nine months of the year. One of the shootings was classified an officer suicide. The report says the total number of officer-involved shootings has trended downward.