Chicago: Pregnant woman among 7 fatally shot in one day 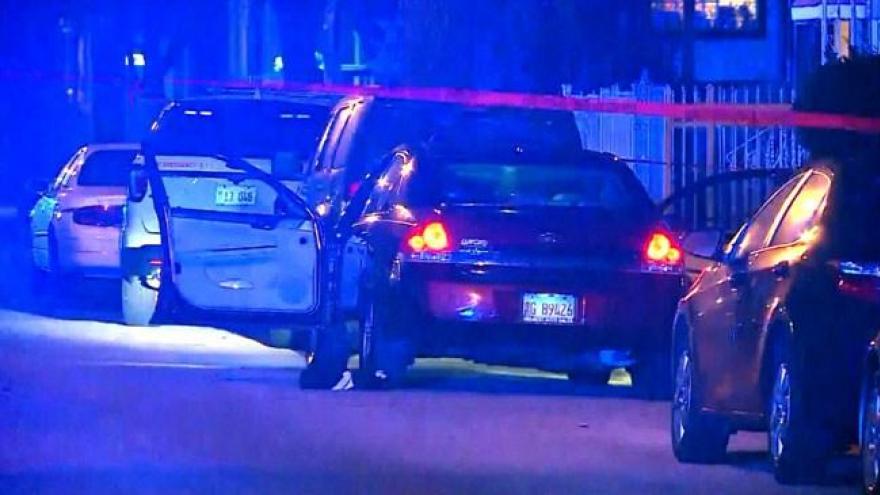 (CNN) -- After seven people -- including a pregnant woman and her unborn child -- were fatally shot and 13 others were wounded on Wednesday, President Donald Trump tweeted about his contempt for the gun violence that has gripped Chicago.

"Seven people shot and killed yesterday in Chicago. What is going on there -- totally out of control. Chicago needs help!" Trump wrote on Thursday.

As officials take measures to curb the violence on the streets, the bloodshed has brought trauma to the lives of thousands of people in the city. Here's a snapshot of the violence that erupted in Chicago on Wednesday.

Lives lost in a single day

Earlier Wednesday morning police on Chicago's South Side responded to a call from a family member of an unresponsive 60-year-old man who was bleeding on the floor of his home garage. He was transported to Mt. Sinai Hospital where he was pronounced dead from fatal gunshot wounds to the back, neck and mouth, police said. The investigation is ongoing, no one is in custody.

Police found a 44-year-old man on the ground and bleeding from a gunshot wound to the head. The victim was pronounced dead at the scene, police said. The investigation is ongoing, no one is in custody.

Wilteeah Jones, her unborn baby and her boyfriend were killed late Wednesday night on Chicago's South Side, police said. Jones' 20-year-old boyfriend was fatally shot in the neck while sitting in the driver's seat of a parked vehicle, police said. Jones' body was found with gunshot wounds to the abdomen and side on a near by sidewalk, police said. It is unknown how far along in the pregnancy Jones was. The couple was transported to Stroger Hospital, where they were pronounced dead.

A 31-year-old man was pronounced dead on the scene of the shooting in the city's South Side after he was fatally shot in the head and back. Police said a person of interest is being questioned.

A 24-year-old man was standing on the sidewalk when an occupant in a dark-colored sedan fired shots. The victim was transported to Christ Hospital where he was pronounced dead from wounds to his head and back. No one is in custody, police said.

Shortly after taking office in January, Trump tweeted about the shootings in Chicago again: "I will send in the Feds," he wrote, if they don't fix the "horrible carnage" going on.

Emanuel said federal authorities already play an integral role in fighting crime in the city, referencing the transport of guns across state lines, among other areas.

"A lot of the guns, you know, coming into Chicago come from out of state," Emanuel said. "Federal entities are set up to deal with that. And they do. And they work with us."

Although Chicago does have strict gun laws, 60% of the guns used in shootings were purchased out of state.

Illinois Gov. Bruce Rauner recently signed a new gun control law that imposes harsher penalties on those who bring in guns from out of state to sell and do not have gun-owner ID cards.

Last year marked the deadliest year the city has seen in nearly two decades, with a reported 762 homicides.

Chicago has had 91 homicides so far this year, compared to 93 for the same period of 2016.

The number of shootings as of Friday stands at 382 - compared to 371 at the same time last year, police said.