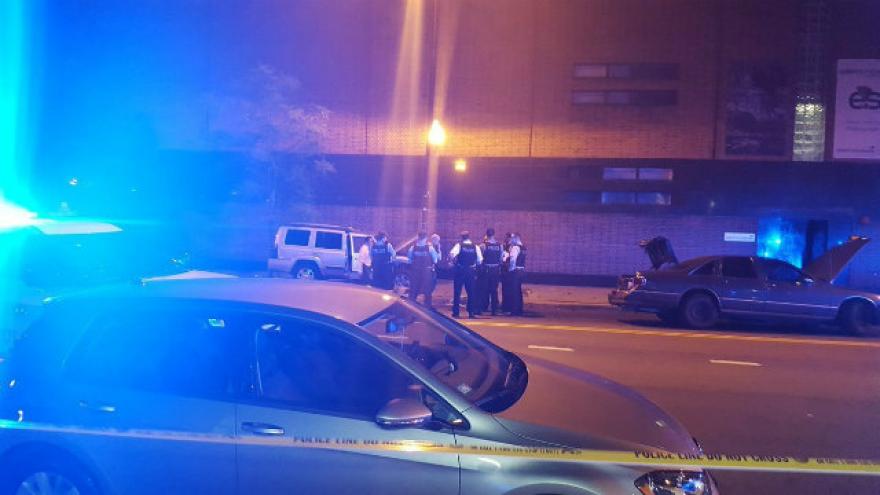 A man was shot and killed in his vehicle Wednesday, leading to a crash in the city\'s South Loop. Photo courtesy WGN

CHICAGO (AP) — The founder of a YouTube website that features Chicago musical talent was shot to death as he drove along a downtown street.

Authorities say 30-year-old Zack Stoner was shot in the head and neck early Wednesday by bullets fired from another car. He was pronounced dead three hours later at Northwestern Memorial Hospital.

Chicago police say no one is in custody.

Stoner was known for interviewing young Chicago rappers and posting them on his YouTube channel, zacktv1. The site lists 176,146 subscribers.

Stone described himself on his twitter account as the "best interviewer in the world," who took his faith in God and his camera in "some of the most dangerous hoods in America."

According to authorities, Stoner left a rap concert just before he was shot.