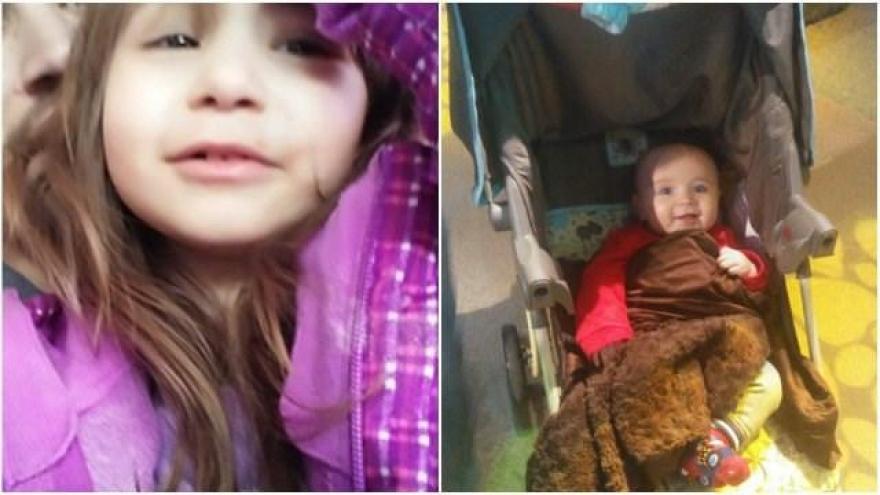 Burton, Michigan -- Two children who were in the backseat of a stolen vehicle have been found safe, police said. Now investigators are hunting for the man who took the vehicle.

That vehicle was reported stolen just before 7 a.m. Wednesday at the Admiral gas station located at 4232 S. Saginaw Street in Burton. It was recovered abandoned around 9:45 a.m. on the north side of Flint with the children safe in the backseat. It's unclear how long they were left alone before being found.

Police are still searching for the suspect. Officers have the area of Bundy and Permier in Flint taped off where the car was found. That's near Carpenter Road and I-475. Police report a K-9 officer has found some clothing items that may be linked to the suspect.

The Michigan State Police Crime lab is working to process the car as quickly as possible.

The mother of the children, Kaytlin Fletcher, told TV5 said she went into the gas station to buy cigarettes and a lighter when she saw a heavy-set man, approximately 5'10" and wearing a red hoodie jump into her 2000 two-door dark blue Monte Carlo with tinted or dark windows.

Fletcher said she immediately ran out of the gas station and screamed for the man to stop because her children, 2-year-old Ariana and 9-month-old Lincoln Buning, were in the backseat. It's unclear if the car was left running, police said.

Fletcher told TV5 she does not normally drive the Monte Carlo.

"Just bring my kids back safe. Just put them somewhere safe. You can have the car, I don't care about the car," Fletcher said.

Police said they recovered Fletcher's phone at Carman and Greenly Streets in Burton after it was thrown from the vehicle. The phone was smashed, they said.

An Amber Alert was issued by police just after 9 a.m. However, viewers did not report receiving the alert on their phone until 9:42 a.m.

Investigators believe this was a crime of opportunity.

The suspect was seen on gas station surveillance video walking along Saginaw Street just prior to jumping into the vehicle according to Burton Police.