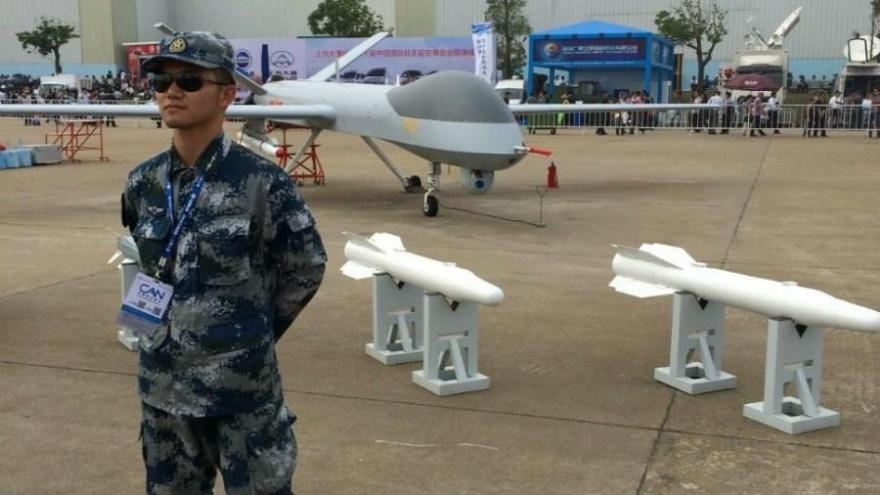 WASHINGTON (CNN) -- Two Chinese J-10 fighter jets conducted unsafe maneuvers while intercepting a US surveillance aircraft that was operating in international airspace near the South China Sea, according to the Navy.

The incident occurred Wednesday and is the second contentious encounter involving US and Chinese aircraft over the past week.

A US official told CNN that one Chinese fighter flew about 200 yards in front a US P-3 spy plane and began conducting multiple turns. The maneuvers were deemed unsafe because they restricted the ability of the Navy plane to fly, the official said.

Navy commander Gary Ross confirmed that the Chinese jet's actions qualified as "unsafe and unprofessional" but noted that the US continues to review the facts of the incident and will convey its concerns through "appropriate channels" with the Chinese government.

"US forces operate in the Asia-Pacific region on a daily basis, including in the South China Sea," Ross said in a statement. "All operations are conducted in accordance with international law and demonstrate that the United States will fly, sail and operate wherever international law allows."

Wednesday's encounter comes on the heels of last week's incident where two Chinese Su-30 fighter jets intercepted a US Air Force radiation detection plane over the East China Sea, according to the US Pacific Air Forces.

The US crew aboard the US Air Force WC-135 also characterized the move as "unprofessional," according to the statement from Air Force Lt. Col. Hodge at the time.

"While we are still investigating the incident, initial reports from the US aircrew characterized the intercept as unprofessional. The issue is being addressed with China through appropriate diplomatic and military channels," Hodge said.

One US official initially told CNN the Chinese jets came within 150 feet of the US plane, with one of the Su-30s flying inverted, or upside down, directly above the American plane.

However, Chinese officials disputed that claim, saying the "US version of the event is inaccurate."

"On May 17, a US surveillance plane was conducting surveillance in China's Yellow Sea airspace. Chinese military aircraft identified and verified the US plane in accordance with law and regulations. Their operations were professional and safe," said China's Defense Ministry spokesman Senior Col. Wu Qian.

"The frequent close-in surveillance by US military ships and aircraft is the root cause to the issue of China-US military safety at sea and in the air. We hope the US side will stop such surveillance activities to avoid such incidents from happening again," he said.

This week's incident also occurred on the same day that a US Navy destroyer sailed close to a disputed South China Sea island controlled by China for the first time under US President Donald Trump.

The USS Dewey sailed within 12 miles (20 kilometers) of Mischief Reef, in the Spratly Island chain, on Wednesday in a "freedom of navigation operation," according to a US official.

China's Defense Ministry said Thursday two Chinese frigates had "warned and dispelled" the USS Dewey after it had entered their waters "without permission."

"We are firmly opposed to the US behavior of showing force and boosting regional militarization, and have made solemn representation to the US side," Chinese Defense Ministry spokesman Ren Guoqiang said.

While he didn't confirm details of this particular operation, Pentagon Spokesperson Capt. Jeff Davis told CNN this week, "We operate in the Asia-Pacific region on a daily basis, including in the South China Sea."

CNN's Brad Lendon and Ryan Browne contributed to this report.