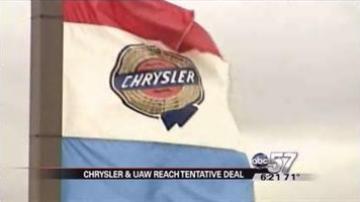 The four-year labor deal calls for a $4.5 billion investment in vehicle production.

The agreement is the first for UAW-represented Chrysler workers since their 2009 bankruptcy.